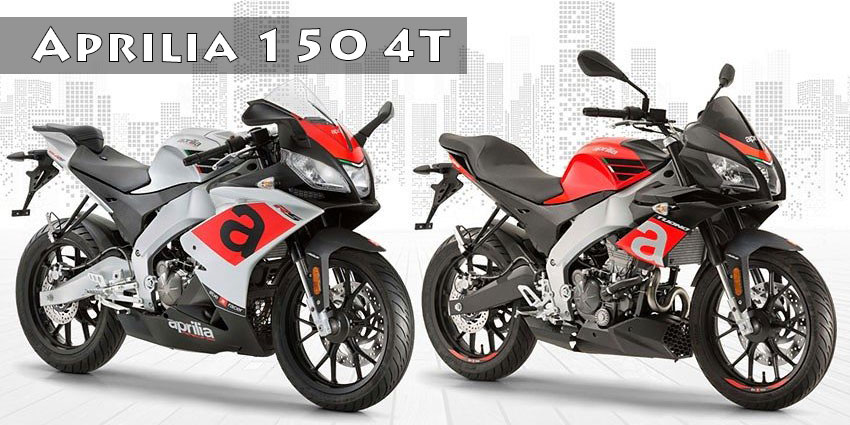 . RS 150 - Tuano 150
Aprilia intends to update their entry level RS and Tuano four stroke sport bikes to the larger 150 class. This will allow them to better compete with the higher power ratings found in this segment. The four valve over head cam fuel injected engine is expected to produce 18 hp at 10K RPM, and 14 Nm at 7K RPM—up 2 hp and 3 Nm from the RS 125 4T edition. This would make the Aprilias the second most powerful bikes in their class only edged out by the most recent version of the 18.7 hp 139 kg Yamaha R15 V3. 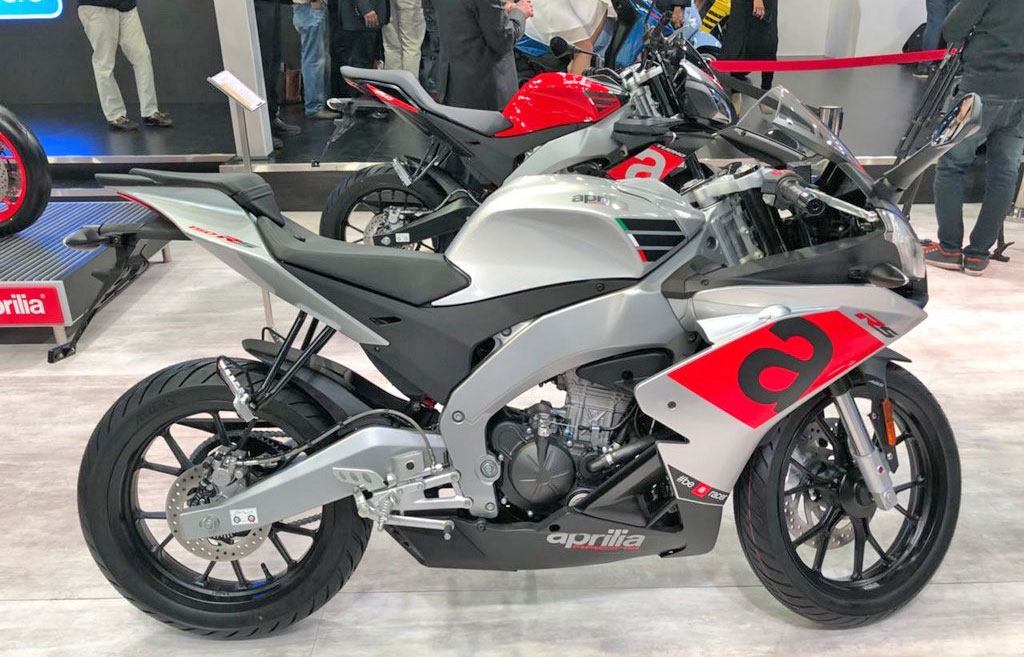 Production
Production is planned to ramp up in India where the bikes are expected to be marketed. Were these bikes to be sold in the States they would still be considered motor-driven cycles, and not freeway legal as they will actually be just slightly under the 150cc requirement.
. 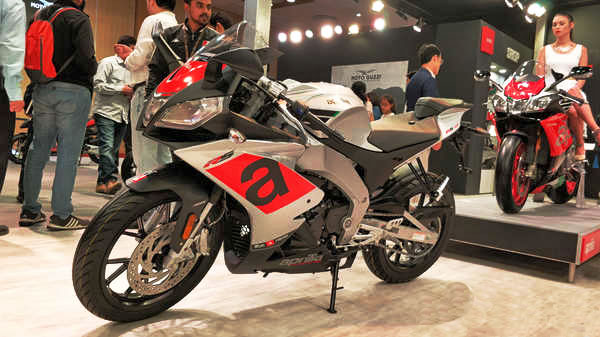 Aprilia RS 150
Bling
Thanks to the previous versions of these bikes there already exists a large third party and aftermarket support system. Companies like Tyga and A-1 produce a number of fine carbon fiber products. EVO, Over Racing, R&G, and others product frame sliders, rear sets, tail tidies, case guards, spools, billet triples, and more. NG and Armstrong produce upgraded discs. Malossi markets upgrade suspension components. Both Malossi and Polini are expected to offer engine enhancement products. Brembo doesn't offer a specific upgrade for these bikes, however their RCS14 functions as an excellent master cylinder upgrade. Over all there’s plenty of options available for the 150 rider who wishes to treat the bike to something special.
1 x
Top