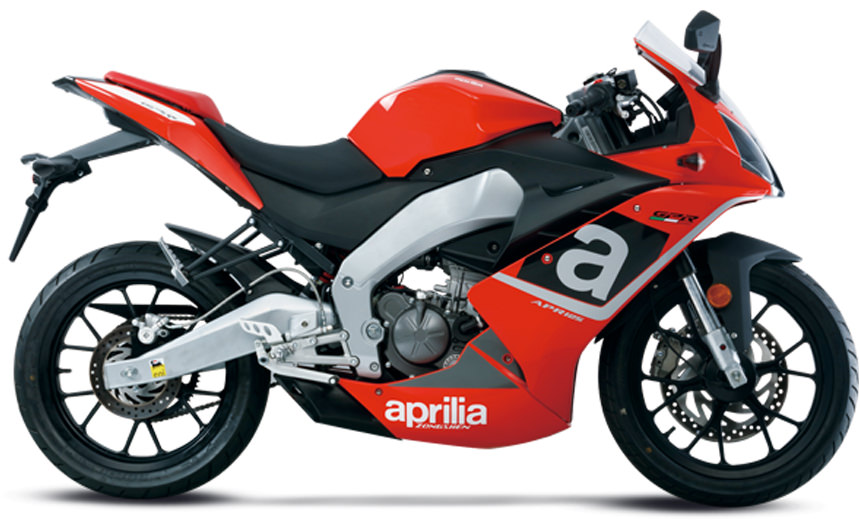 The Aprilia GPR 125 is very similar to the Derbi four stroke GPR 125 that came out in 2010. There are some differences though. The Aprilia version is made in China. The Derbi version shares the same Zongshen engine, but the forks, dash, triples, switch gear, front master, clutch lever, and a few other things appear to be different on the Derbi. 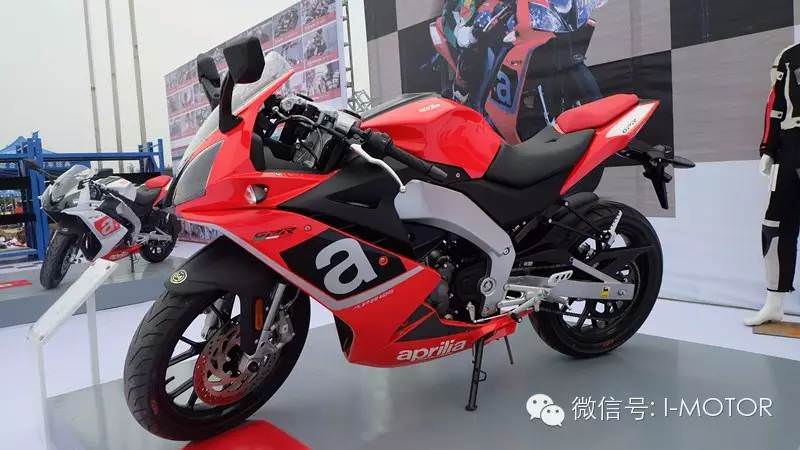 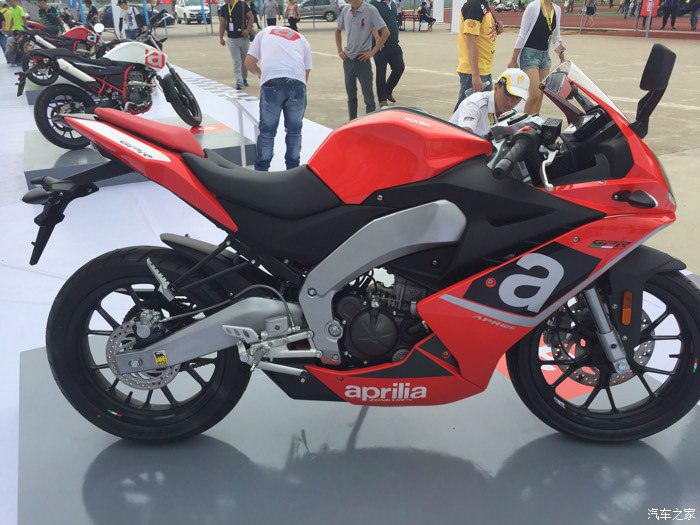 Here we can see the differences between the two cockpits. 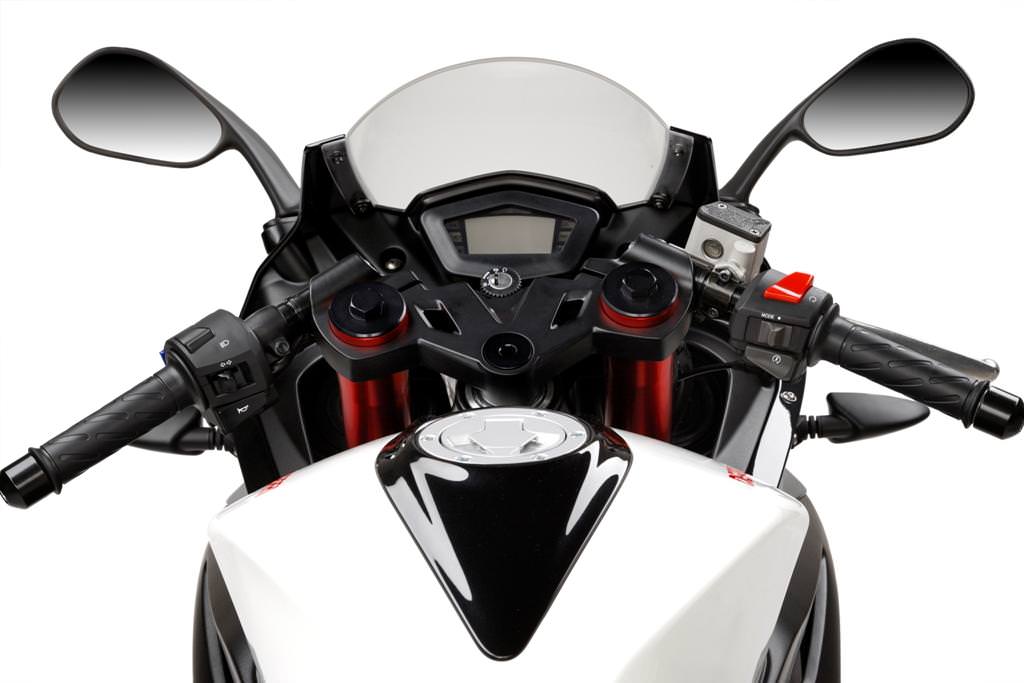 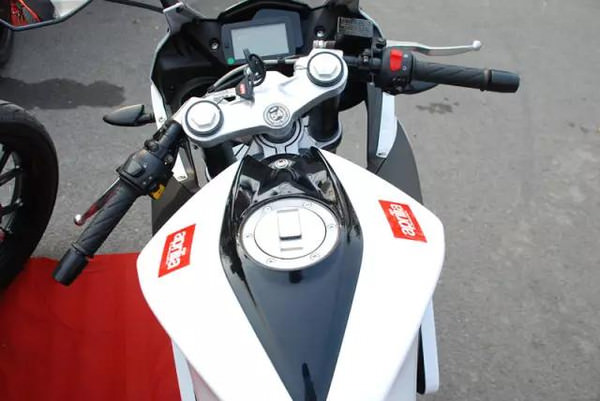 The Aprilia GPR is featured in red, white, and black liveries. 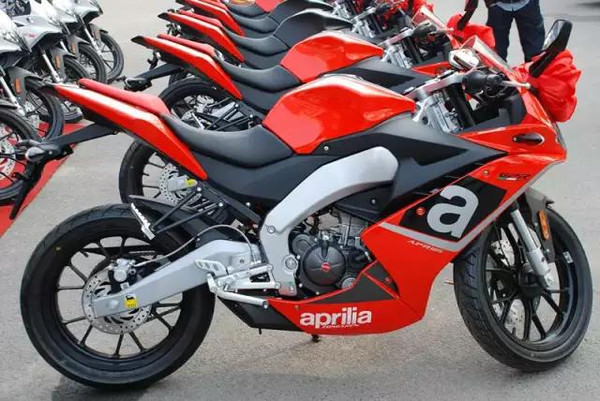 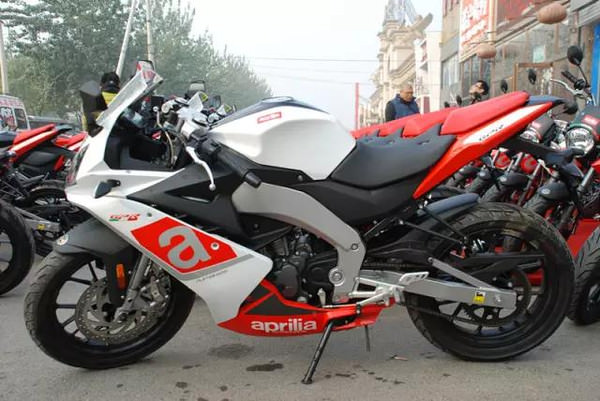 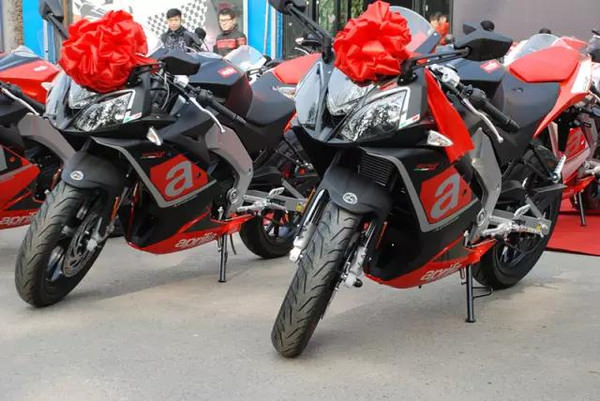 by toratora
For a while these bikes were available via Alibaba! 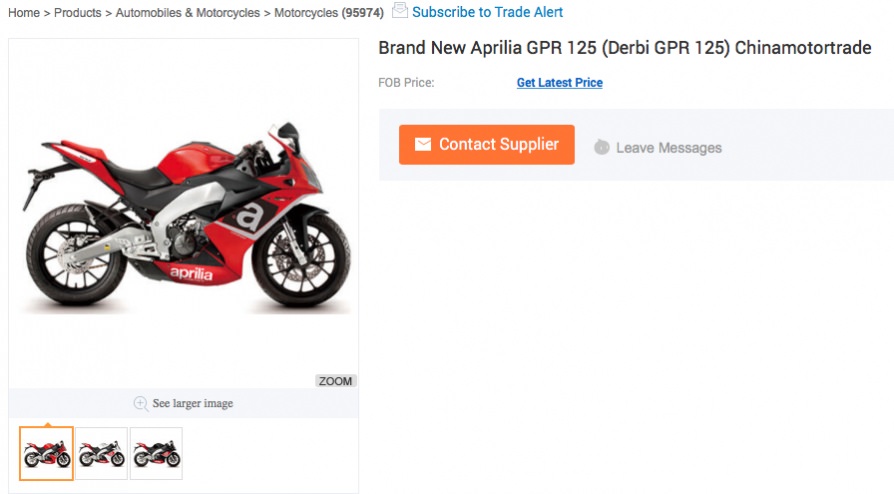 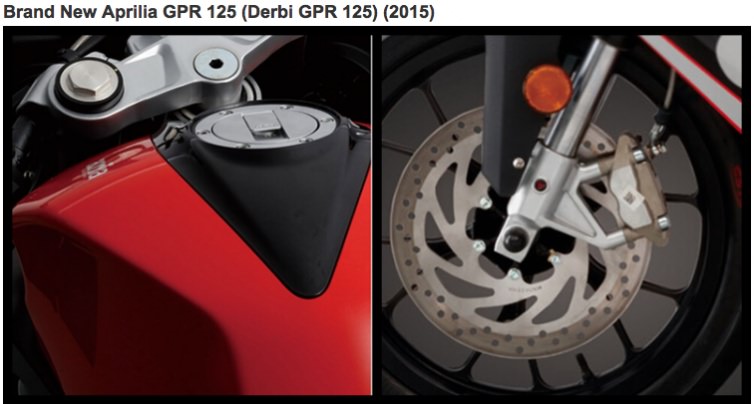 by toratora
https://youtu.be/vcbDLZL4UjU
A video review of the Aprilia GPR 125.

by toratora
https://youtu.be/-ZKxLkt53Rs
There's a quite a bit of talking in this video, but if you skip around you can see the Aprilia GPR 125 running, being ridden, and on a convention floor. 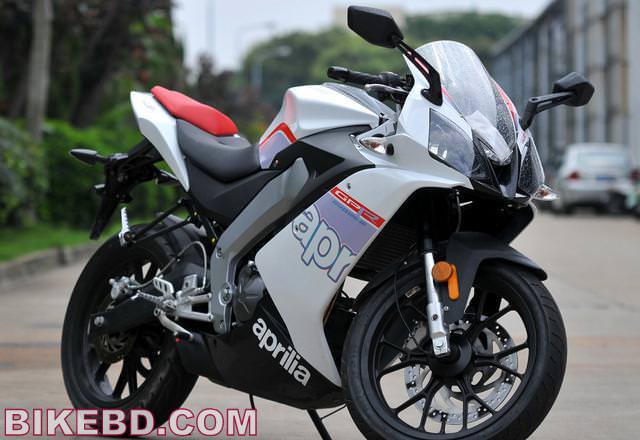 For 2018 there seems to be an updated livery. 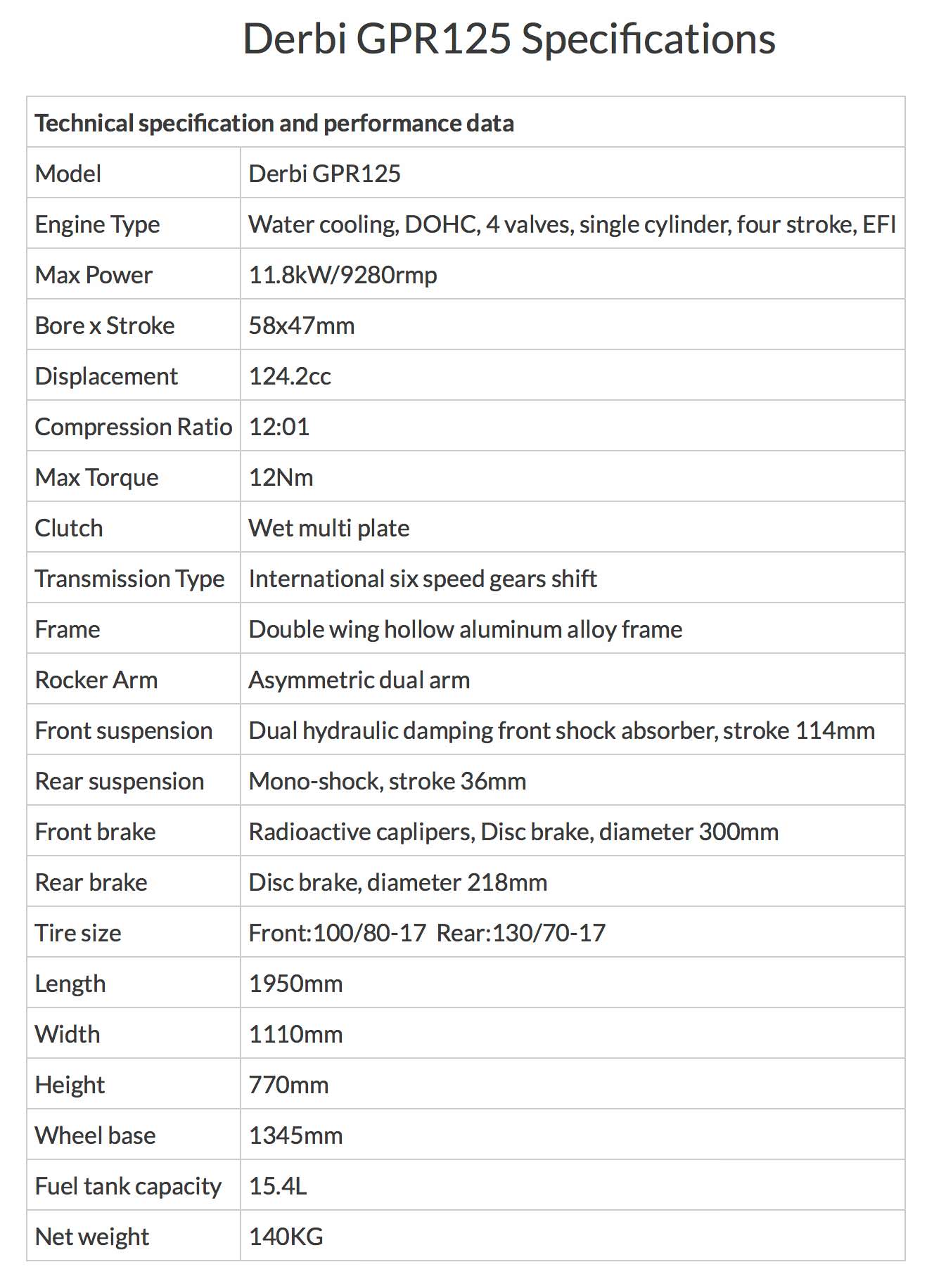 Is the frame the same as one used with a 125cc 2-stroke previously, meaning, would a 125cc Aprilia 2-stroke swap in place of the thumper?

Aprilia GPR 125: With Love from China

by toratora
After the 2005 Benelli framed bikes Piaggio decided to employ the less expensive to manufacture frame from the 1999 RS50. The frame from the RS125, like the Benilli GPR from, is a rather expensive frame to build. Lots of welding, gigs, small parts, etc. The older RS50 frame requires two molded frame states, a bolt in head tube, and engine cradle (made of steal), and that's about it. Much easier, and cheaper to manufacture. Is it as good as the welded frames? Probably not, but it's still a decent frame over all, and it allows them to keep the bike affordable.

I'm working on an Evolution of the GPR post that will illustrate these various aspects, but I've not gotten to that part of the story yet.

As for making them in China, well everything is made in China these days. At least they are still making these bikes somewhere. Be nice if they sold these bikes in the States.

by jkv357
Thanks for the info.

Next question - what is the difference between the Aprilia GPR 125 and a RS4 125? Is the RS4 made in China as well?

by toratora
They both share the same Zongshen engine. The RS4 probably has other parts sourced from China, but ostensibly it is assembled in Italy. The RS4 compared to the Derbi version of the bike differs in many ways. The plastics are all different, the clocks are different, the lights are different, the triples are different, and there's probably some other differences. The most recent version of the RS4 125 is now called an RS 125. They did this to celebrate 25 years of RS bikes, although the current bikes has no relation at all to the actual RS 125, in anything other than name.

The one really nice thing about the actual Derbi versions is that the frame and swing arm are black. 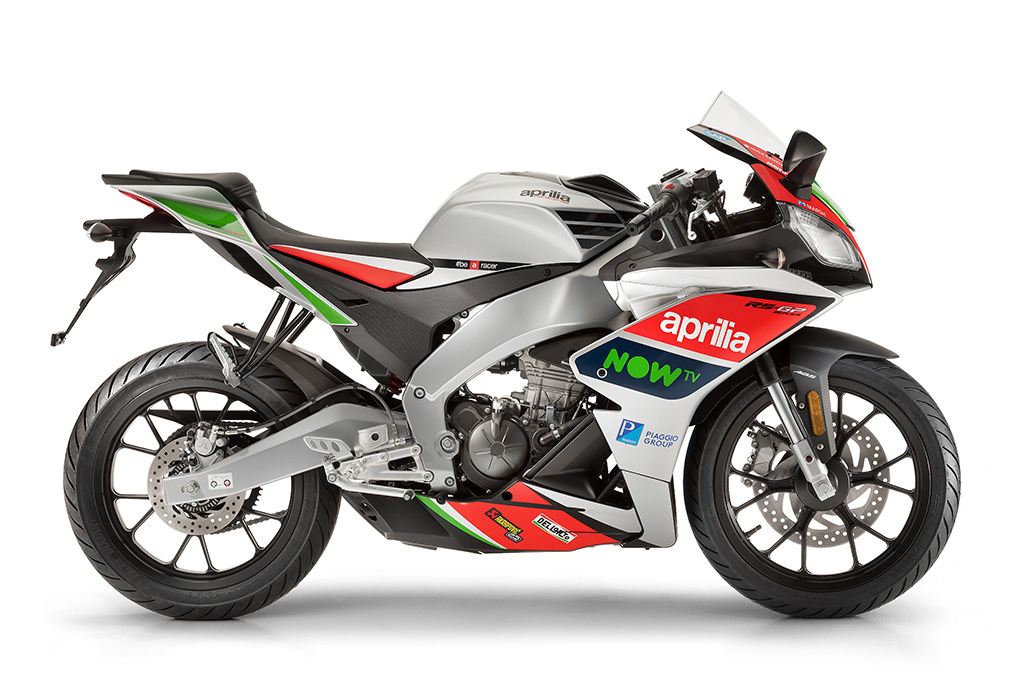 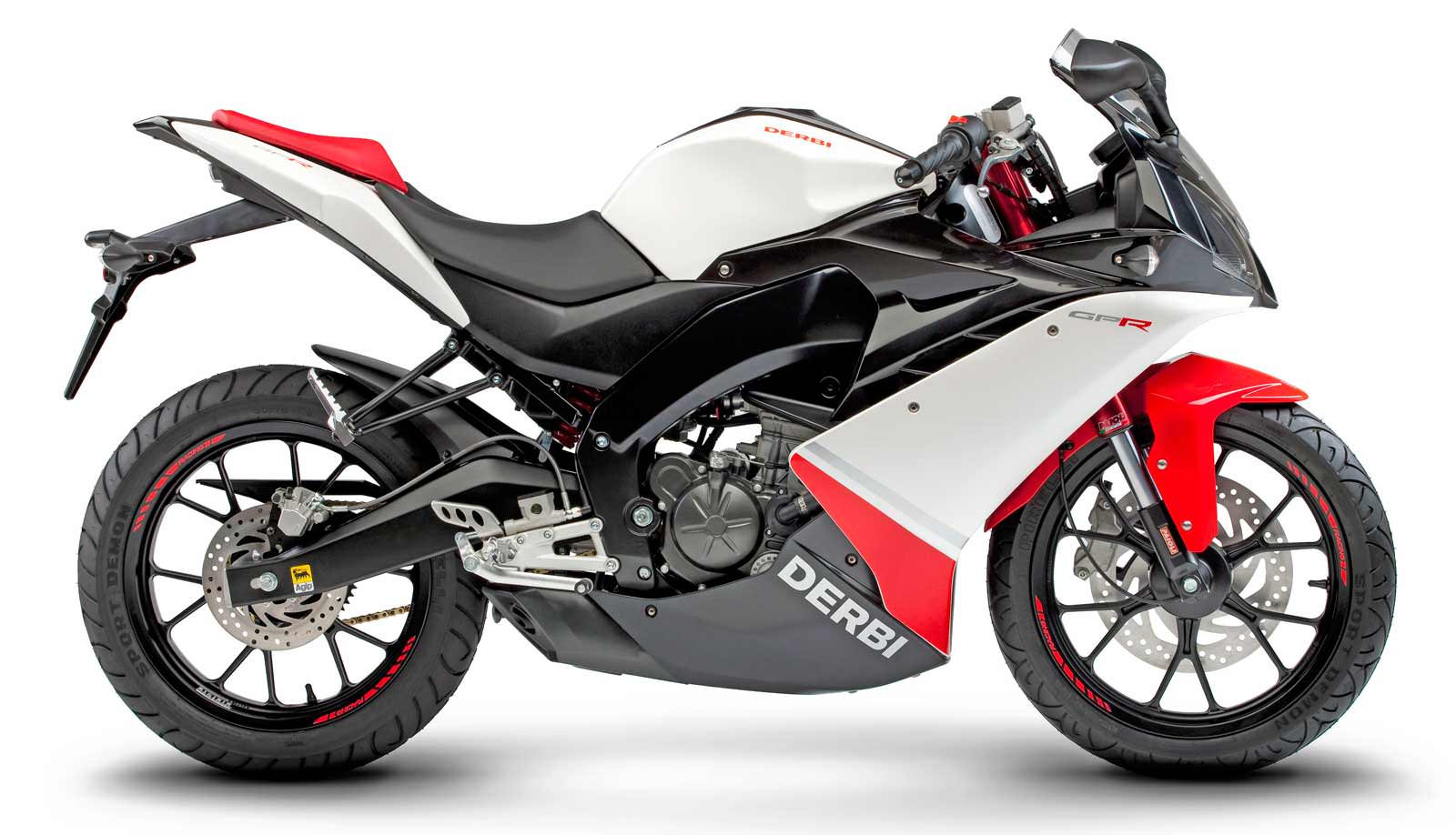 by jkv357
Interesting - thanks,

Could one of these be imported? I have a friend that works for an Aprilia dealer.

Would a 2-stroke engine-swap be possible? I do like the look (and everything about it except the engine).
All times are UTC-08:00
Page 1 of 2