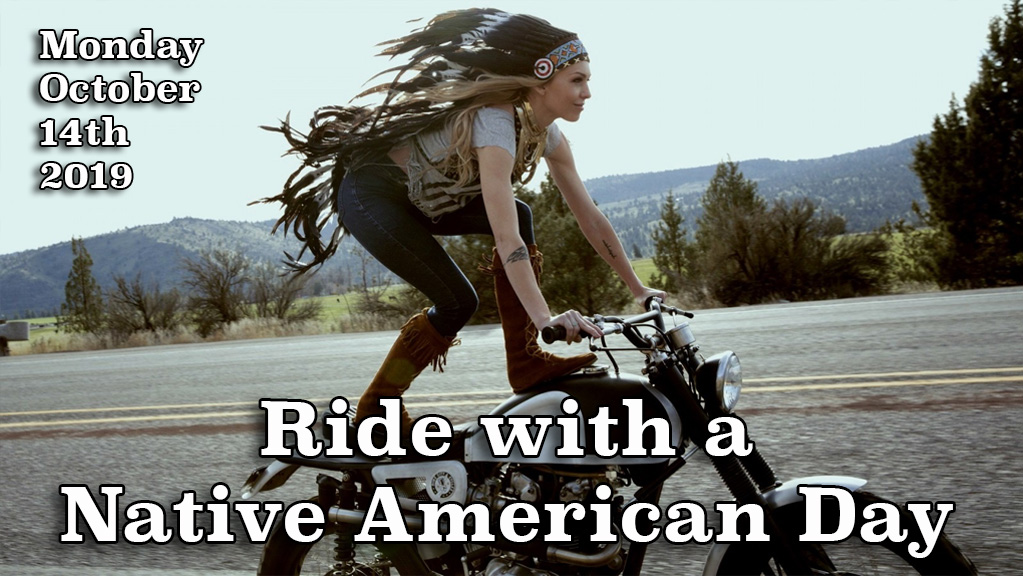 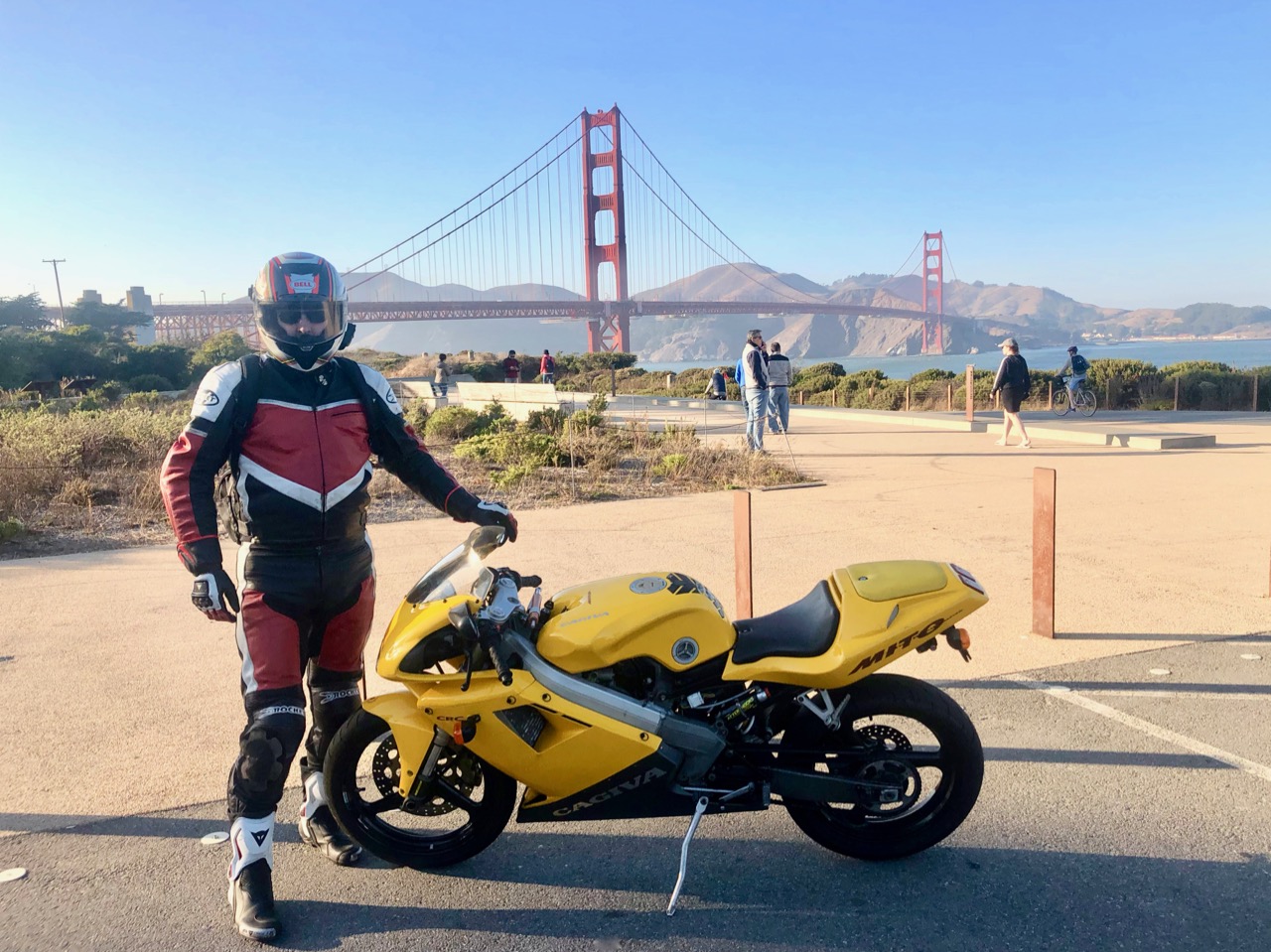 Even though this is a national holiday everyone had to work making this a solo adventure. Still here are lots of fun SF photos with the Mito for your enjoyment. 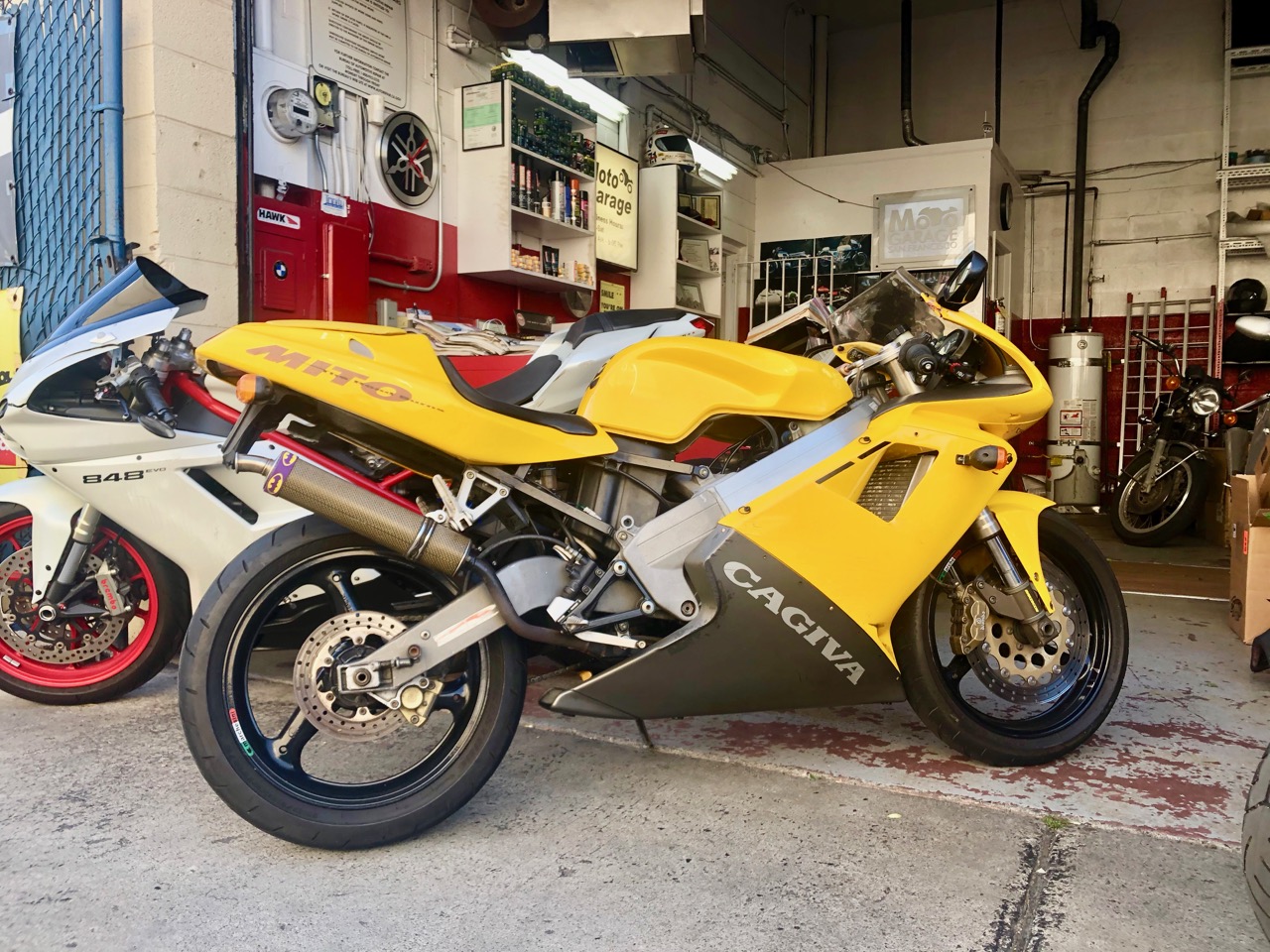 Stopped into say hi to Kent at the Moto Garage. He had never seen a Mito before! The headed down Brotherhood way. 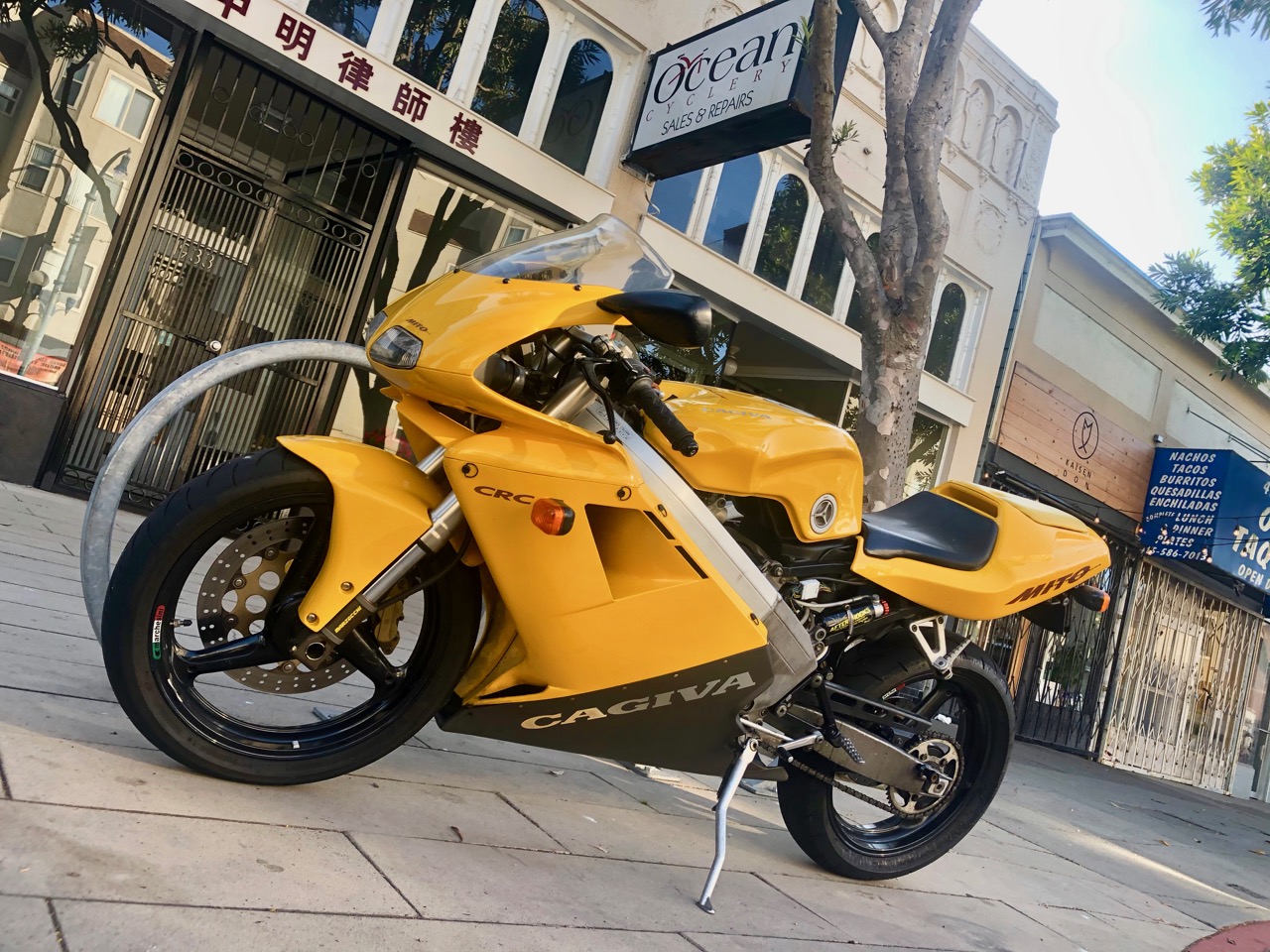 There’s a fun test route I like around Lake Merced that brings me to the LBS where I checked in on Jeff. He was MIA. 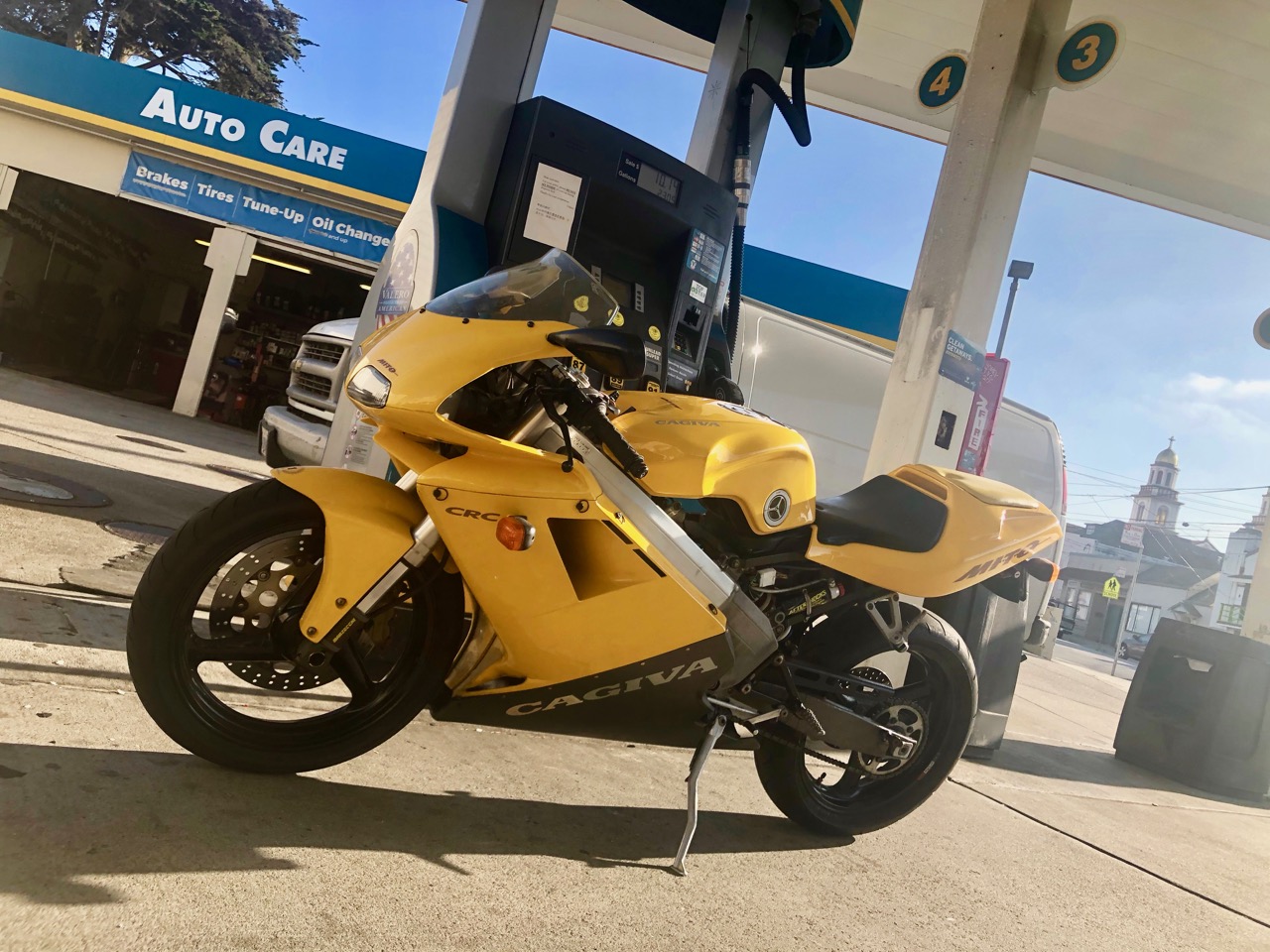 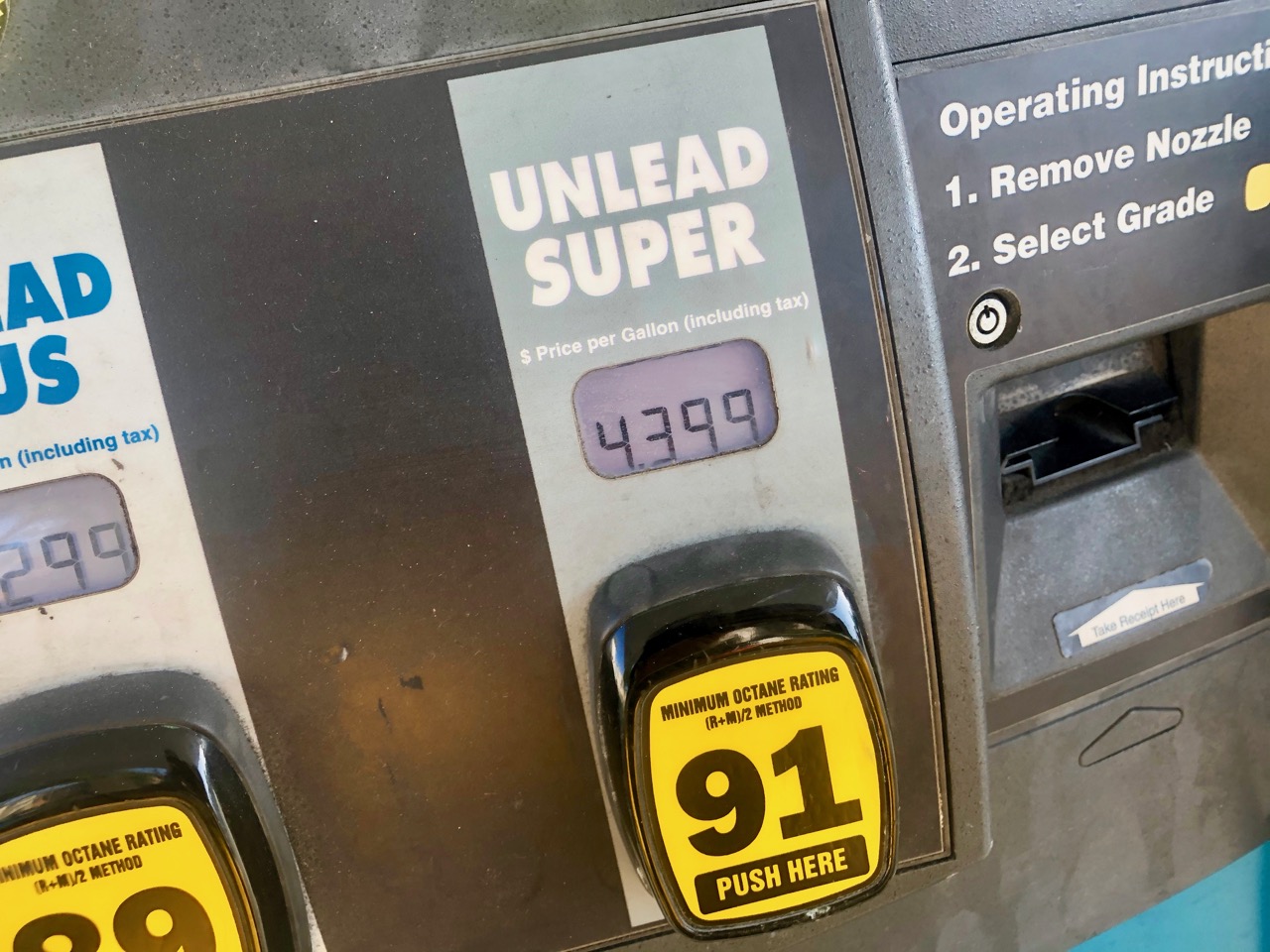 Right by Jeff’s shop there is a gas station. The price was 4 Miku!! 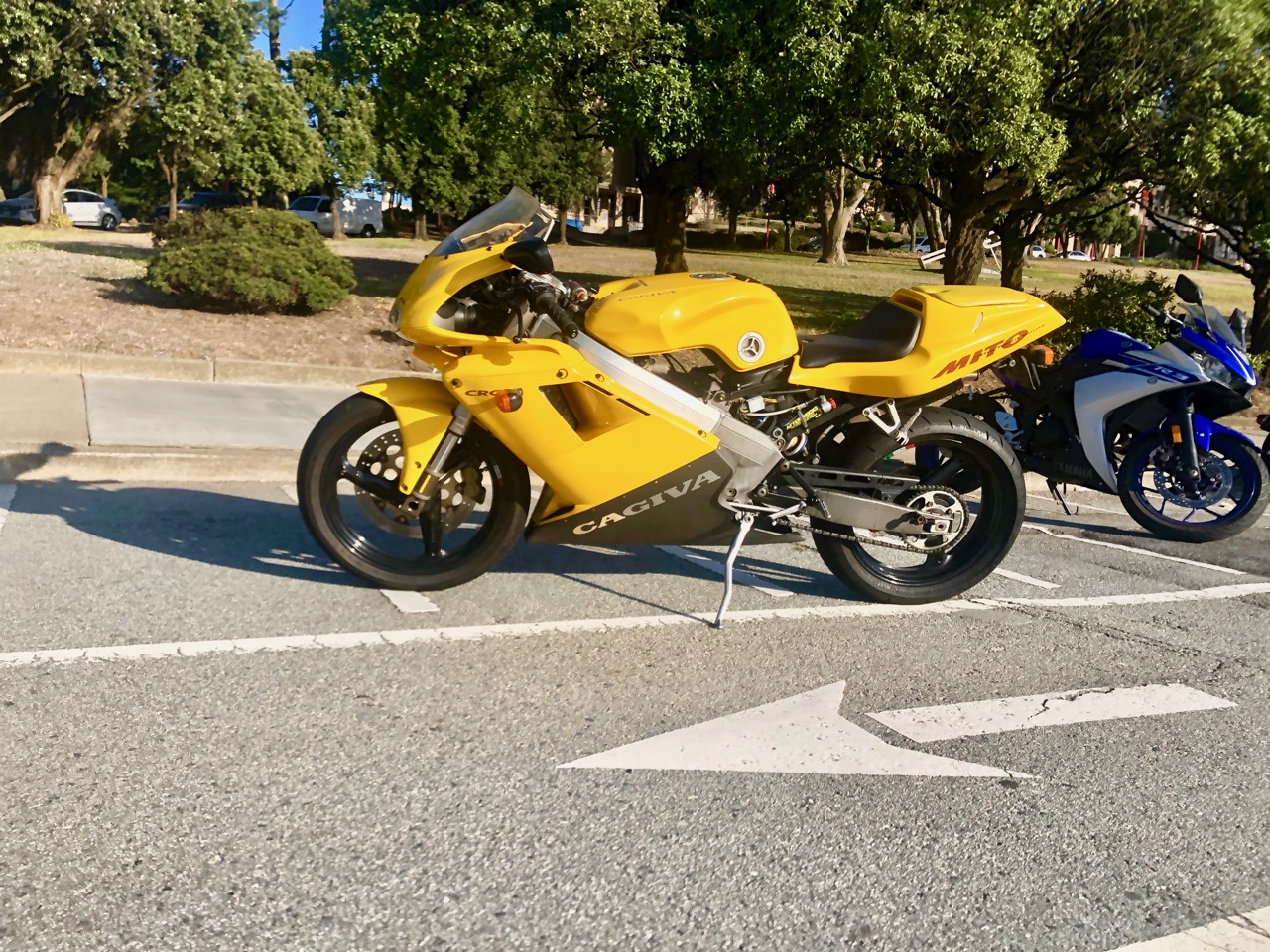 I was heading up to Twin Peaks and stoped at CCSF at the spot where I met GX. 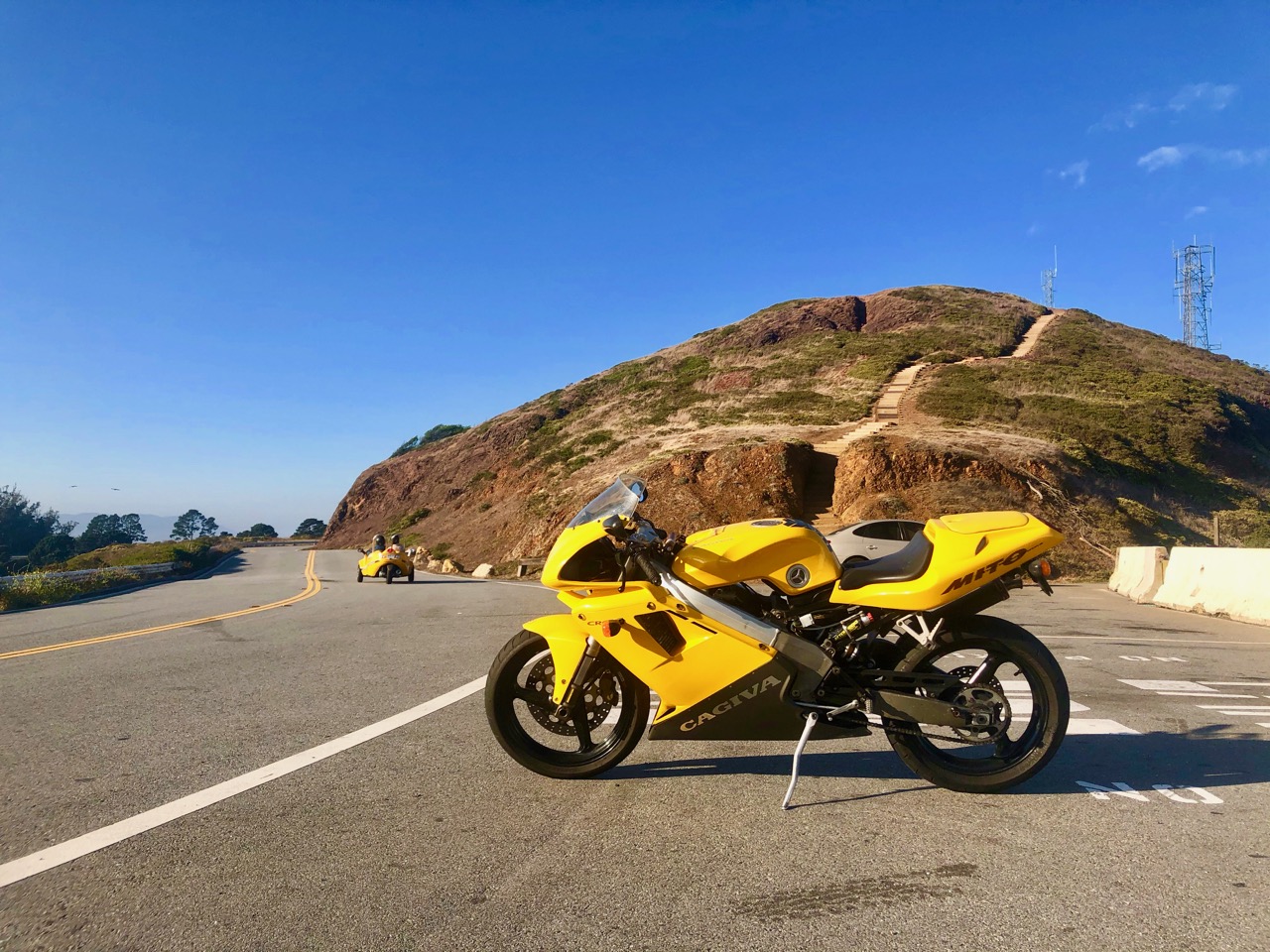 Not the typical Twin Peaks shot, but still a favorite of mine. 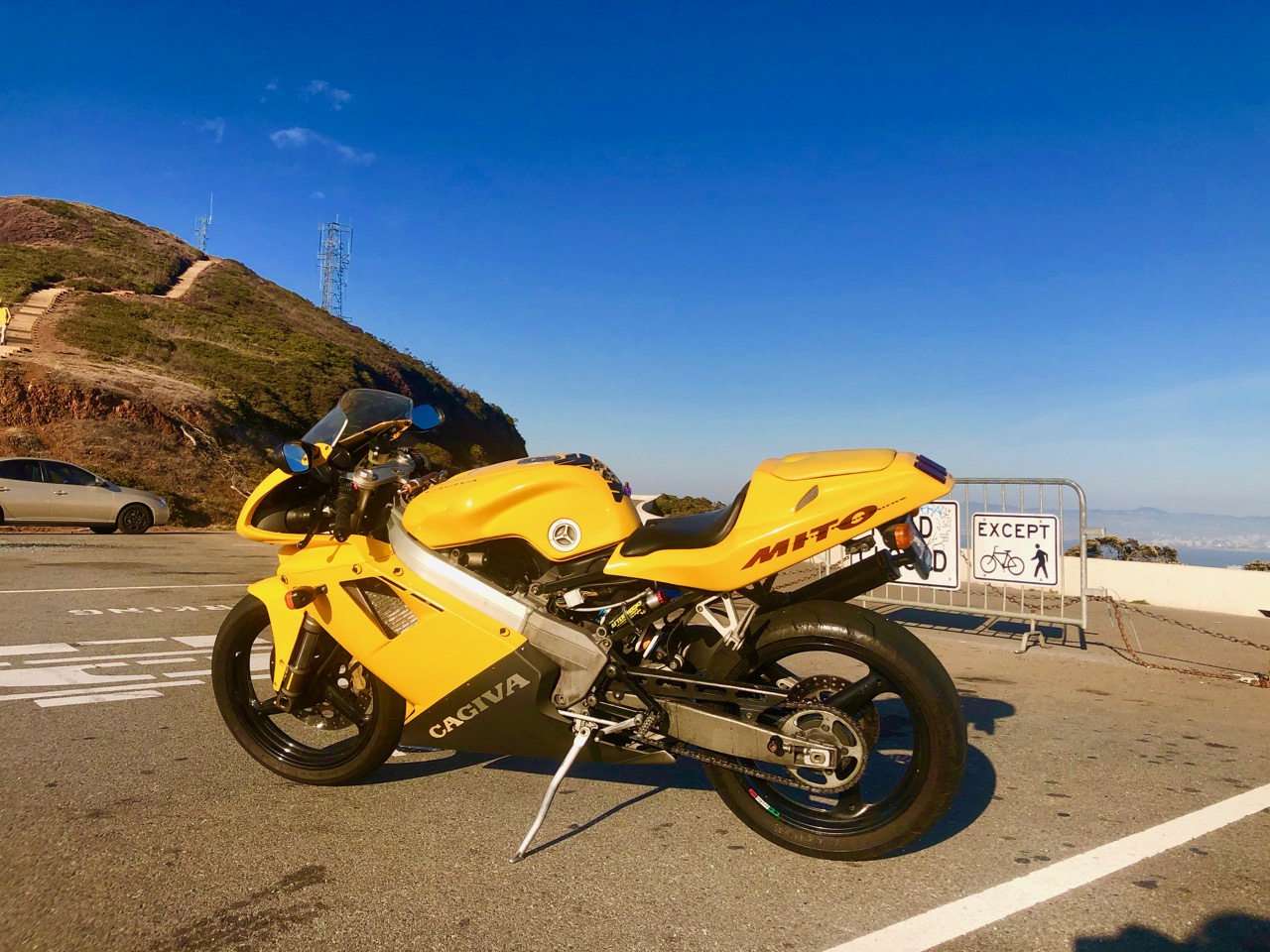 Another view from the same location. 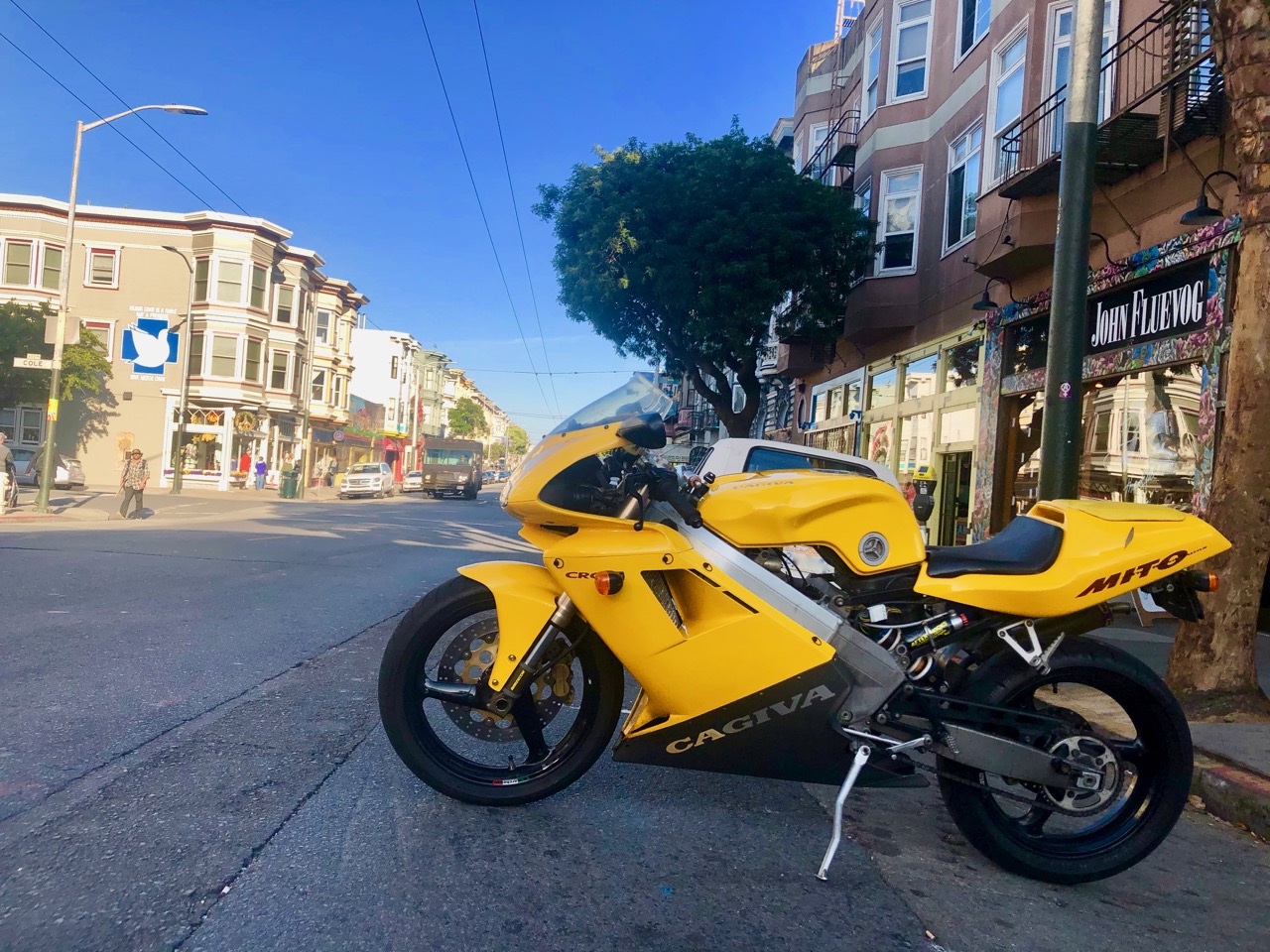 I was headed towards the Presidio, but I stopped in the Height for a quick photo. 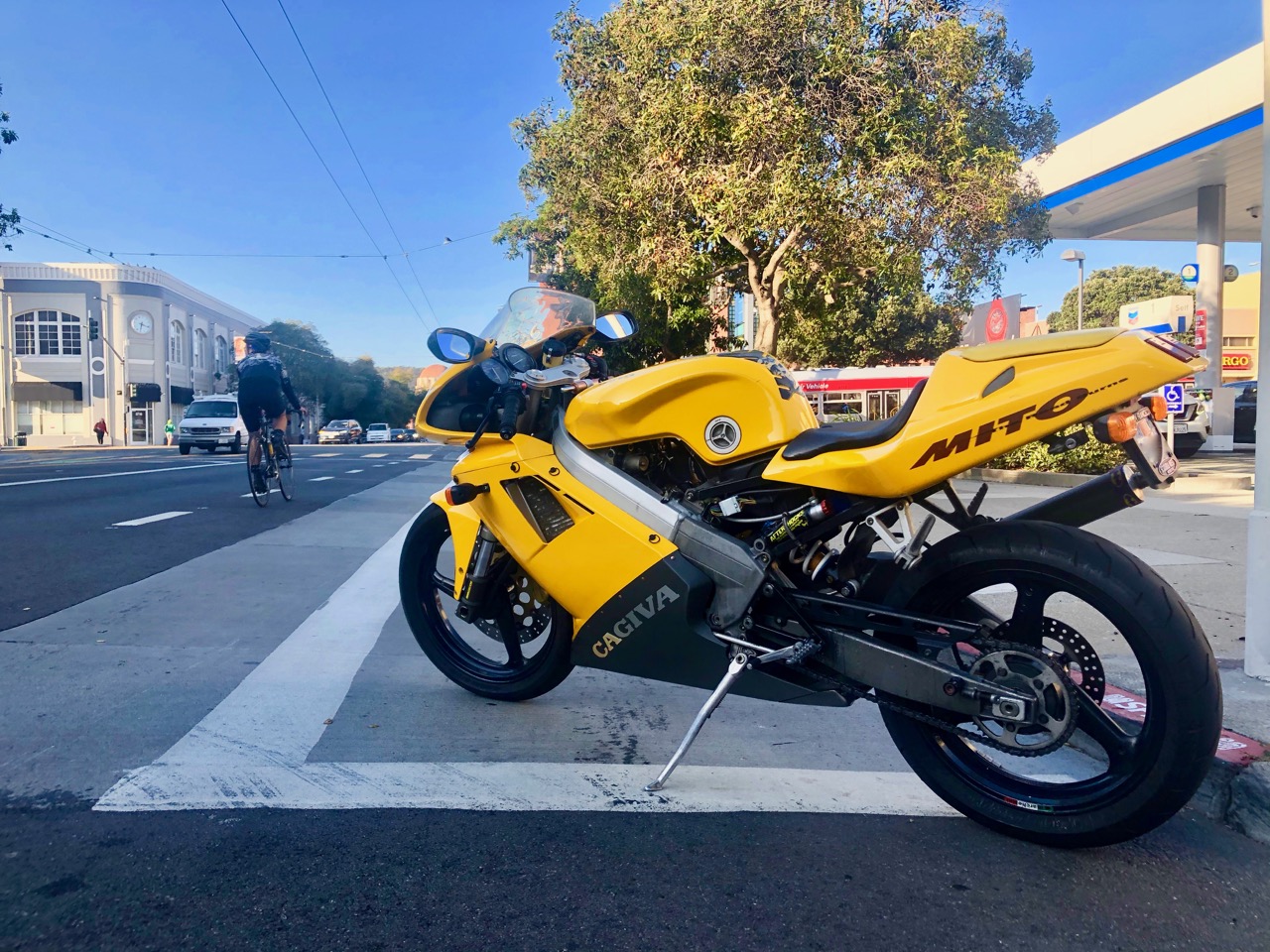 On many of our rides we stop at Gear and Arguello to gas up. Seemed like a nice opportunity to grab a shot. 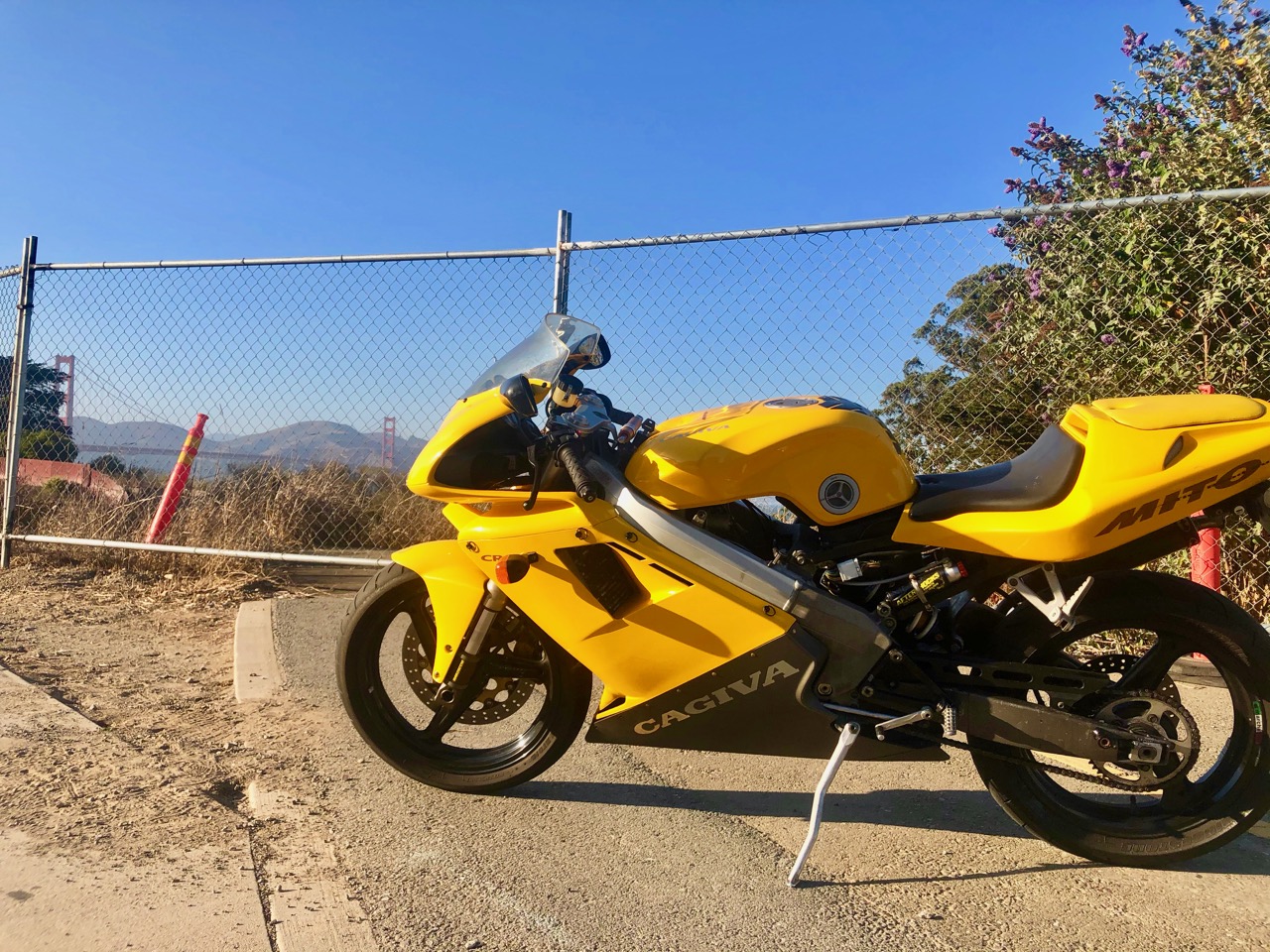 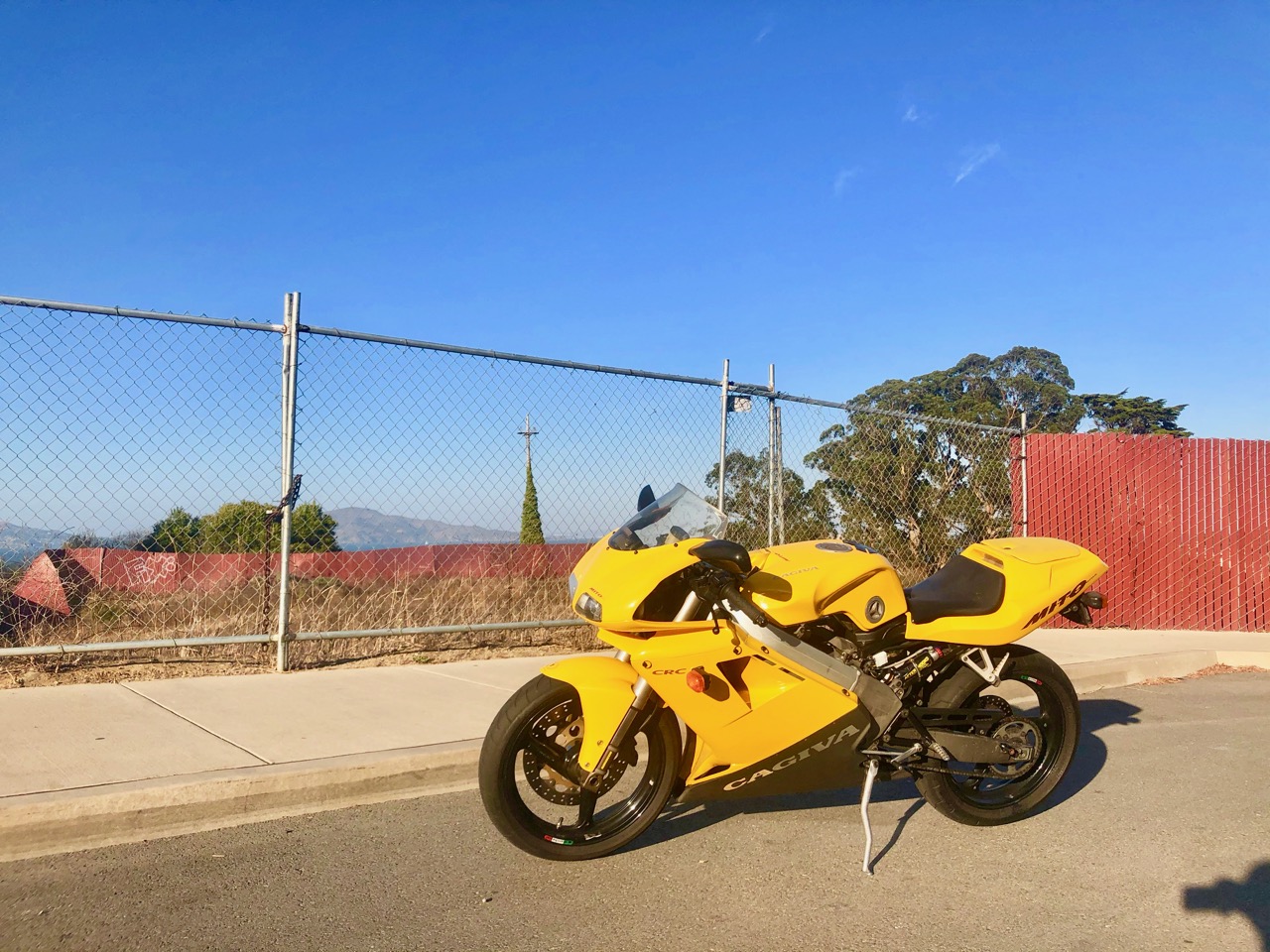 In the Presidio there’s this little section where you can get a view of from the new over pass. I was just about to grab the shot when Officer Friendly informed me that I couldn’t be there. I moved down the road a bit, but the shot didn’t exist there. 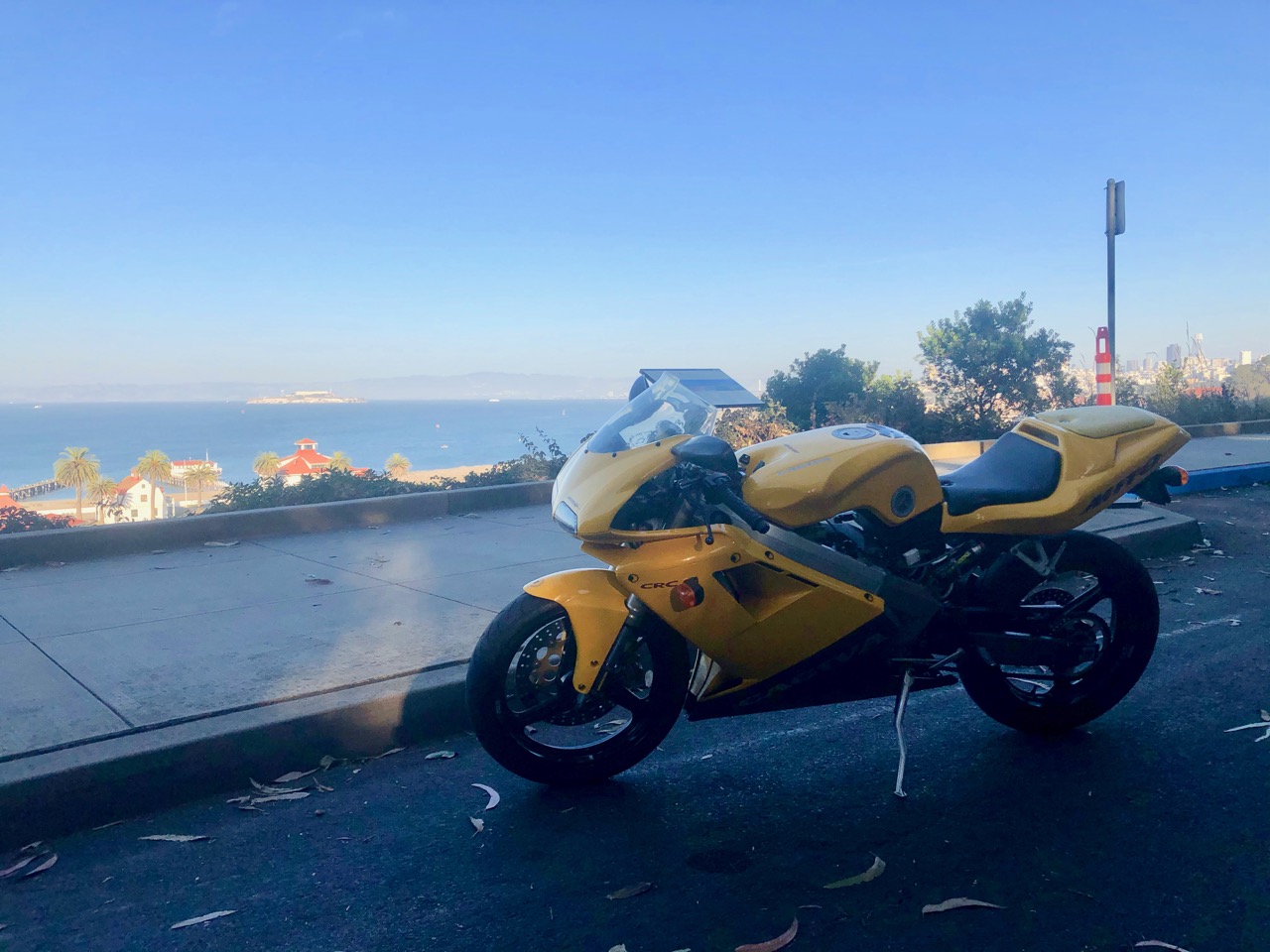 Not really the best location for a shot of Alcatraz, but you can see it off in the distance. 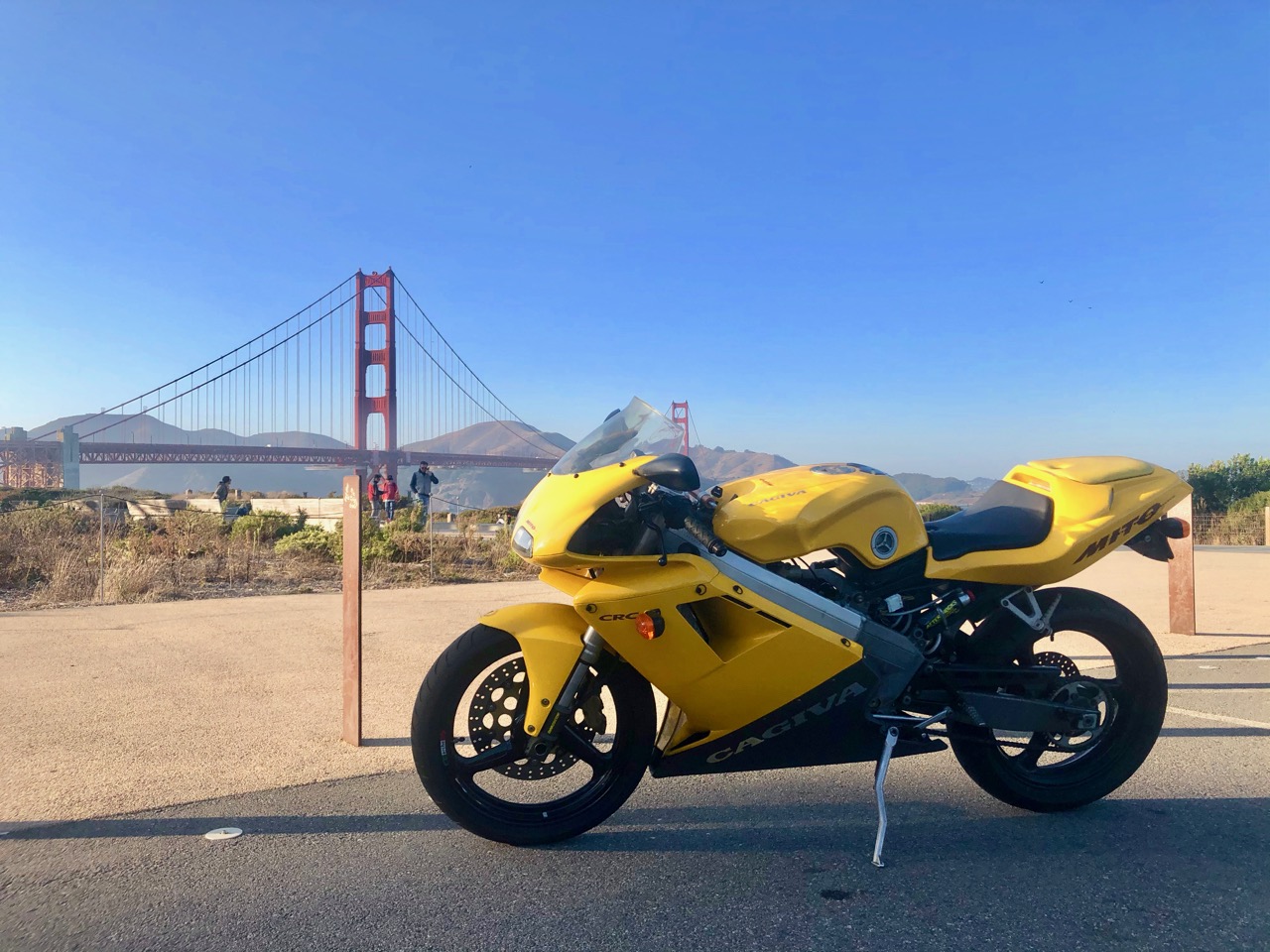 A nice look out spot of the Golden Gate Bridge from within the park. 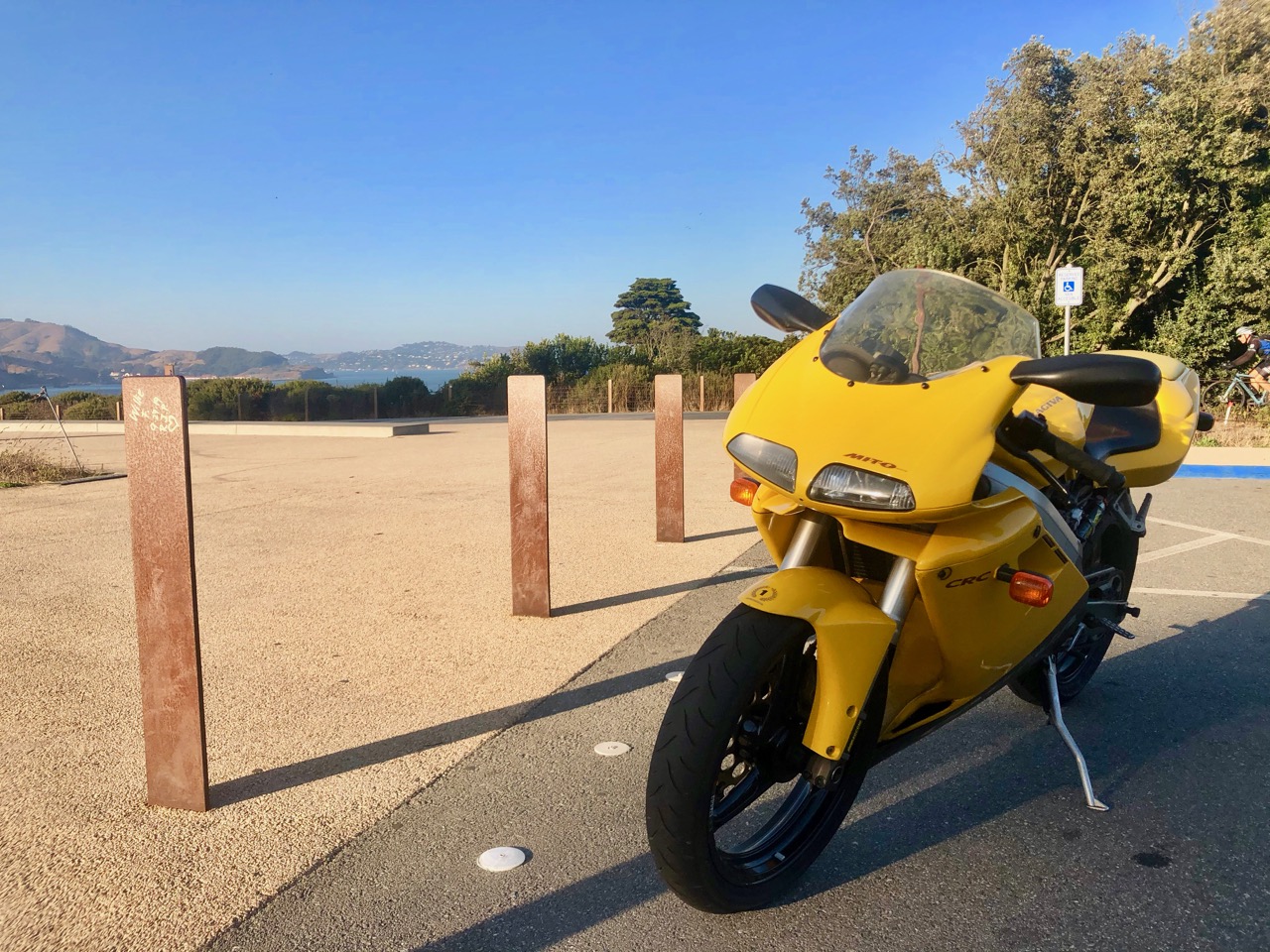 I was taking this shot when a friendly photographer person asked if I’d like a photo of me with the bike. I said sure! 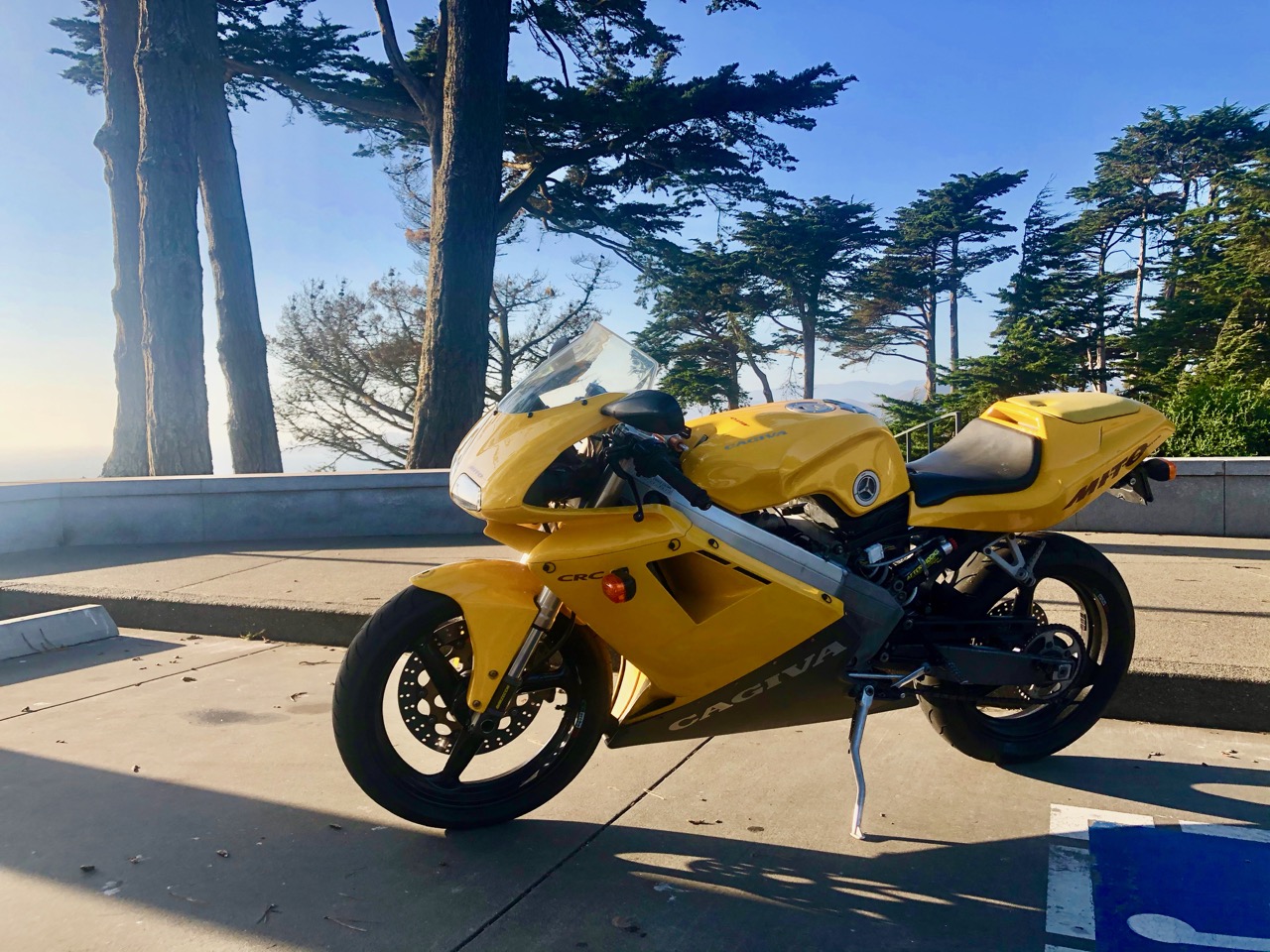 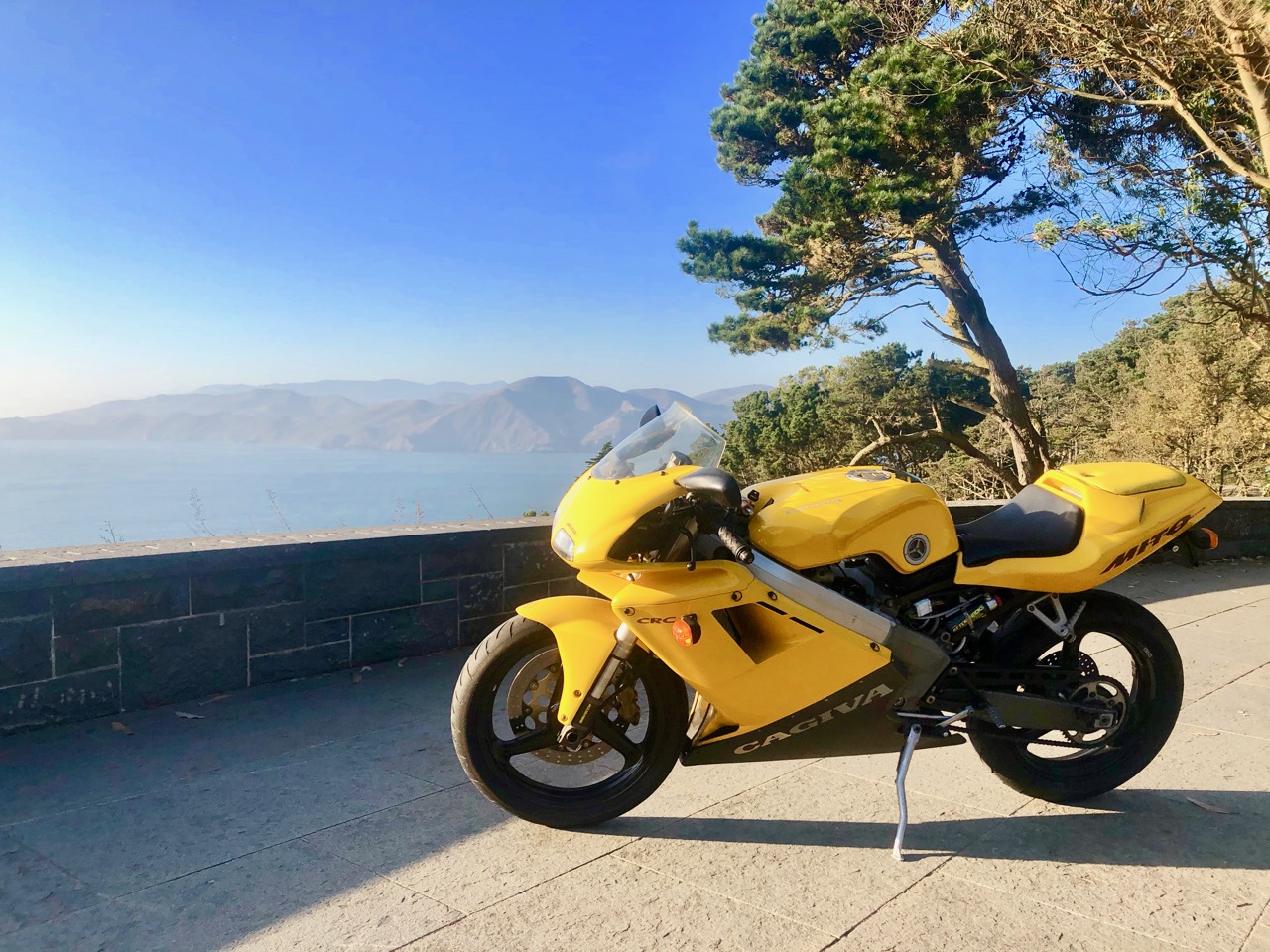 There are a couple of nice look out points on the north side of the Presidio. I’ve taken a lot of photos in these locations over there years. 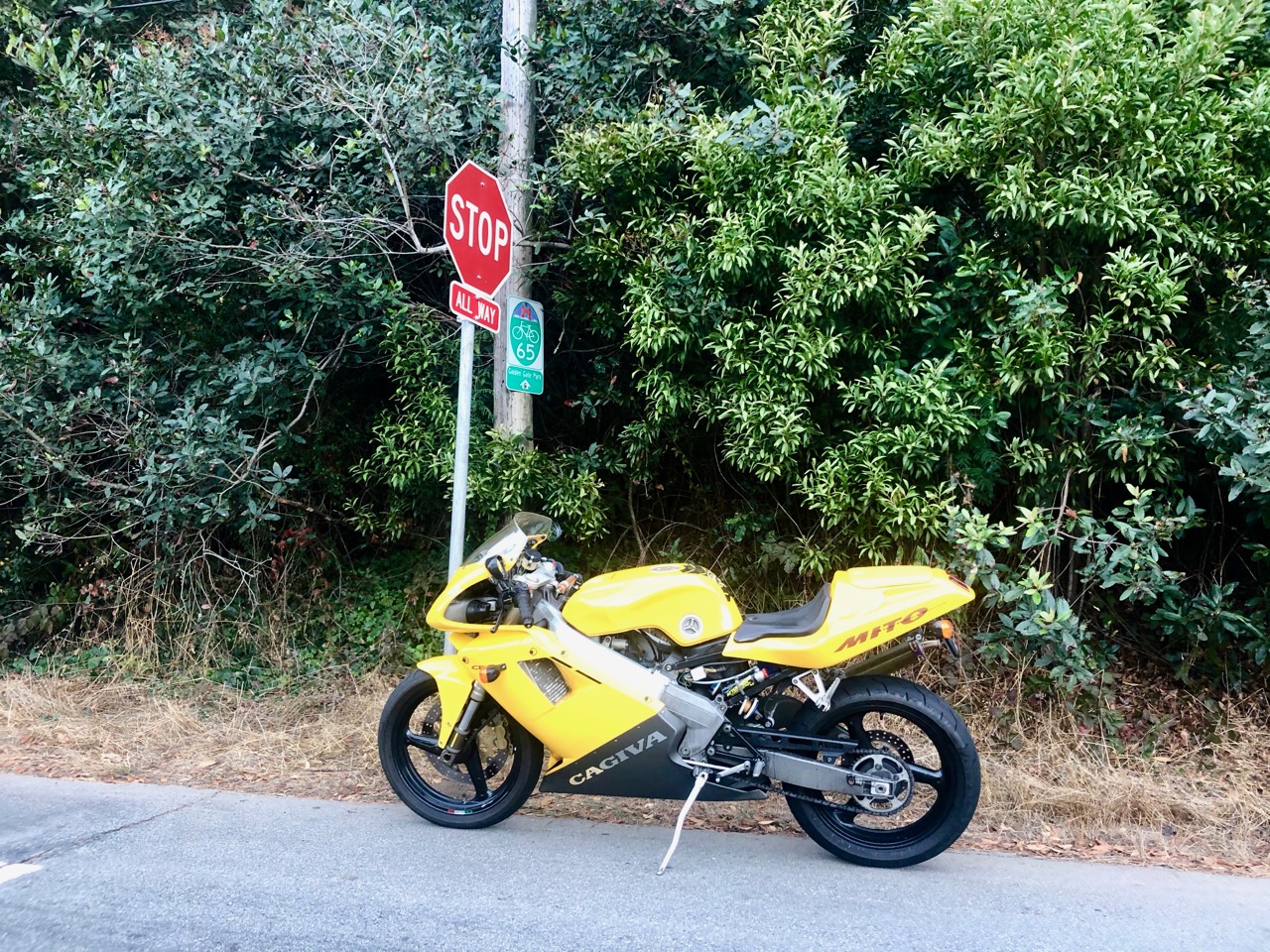 There are some fun twisties in the Presidio, but you never stop to take photos of them. It’s too much fun to ride. However, there is a stop sign at one end where you can get a shot. 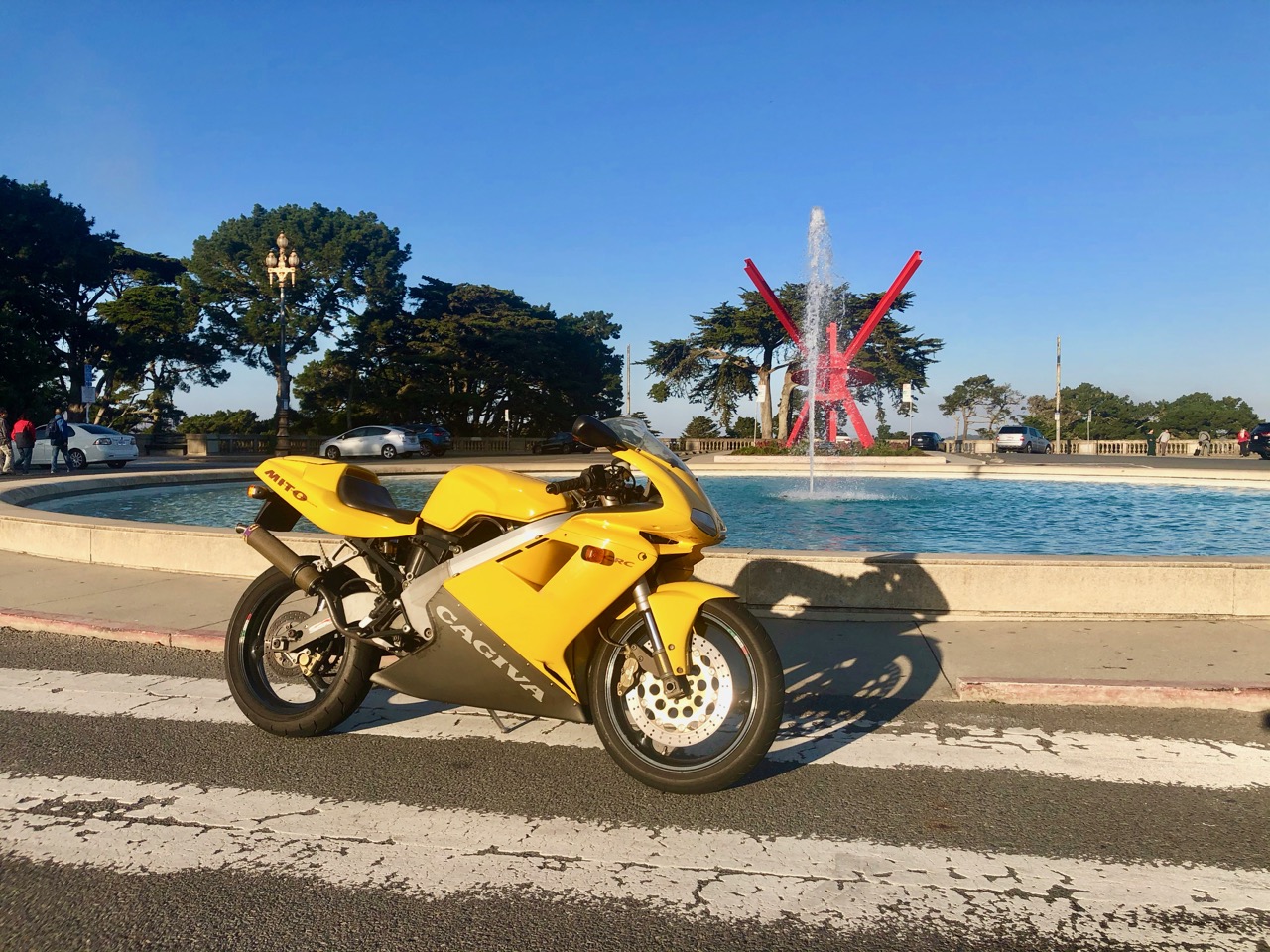 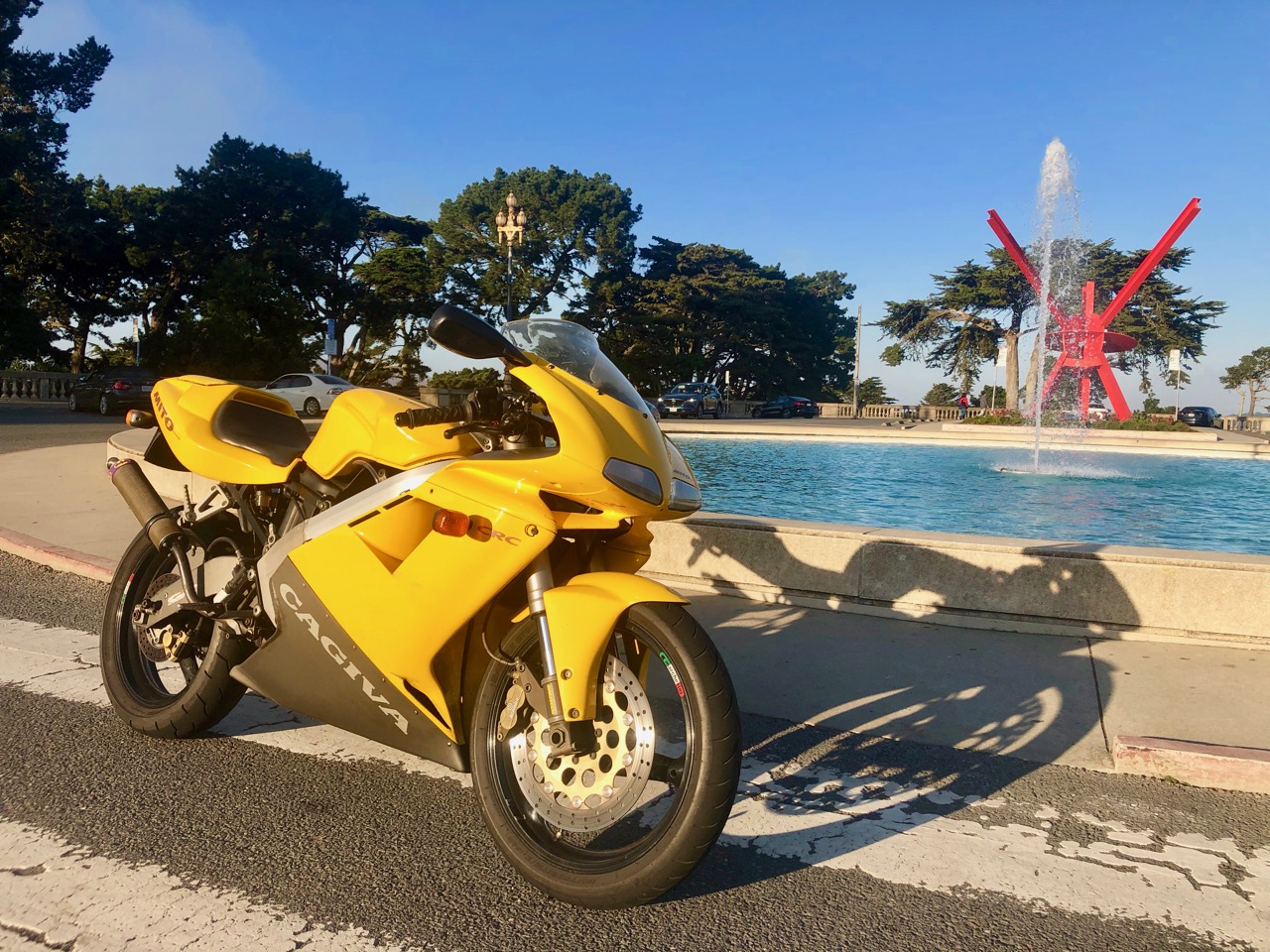 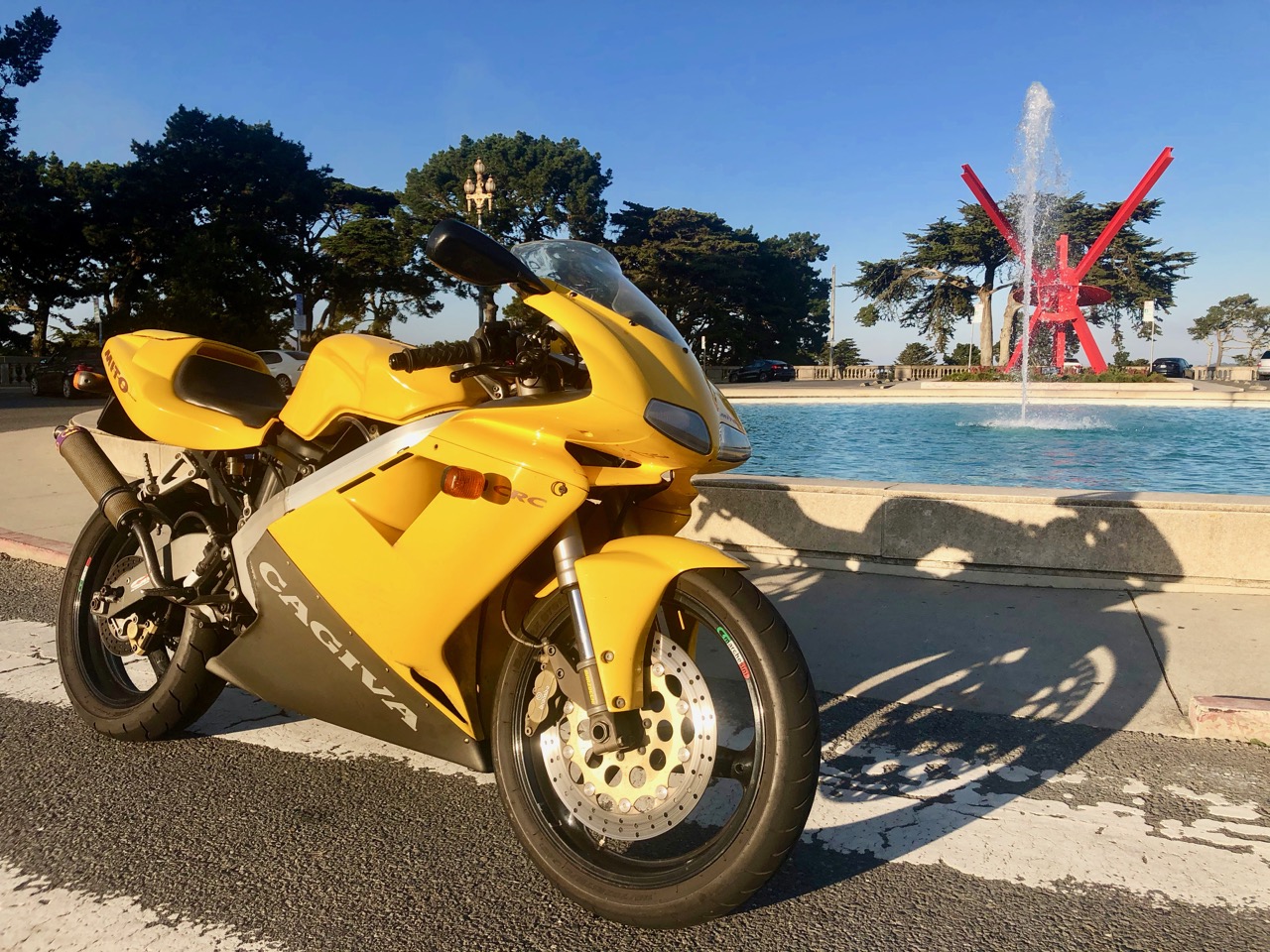 The road to the Legion of Honor was closed, but I really wanted that fountain shot, so I circled back around to get it. Yes I did two rings around the fountain—you have to do it! 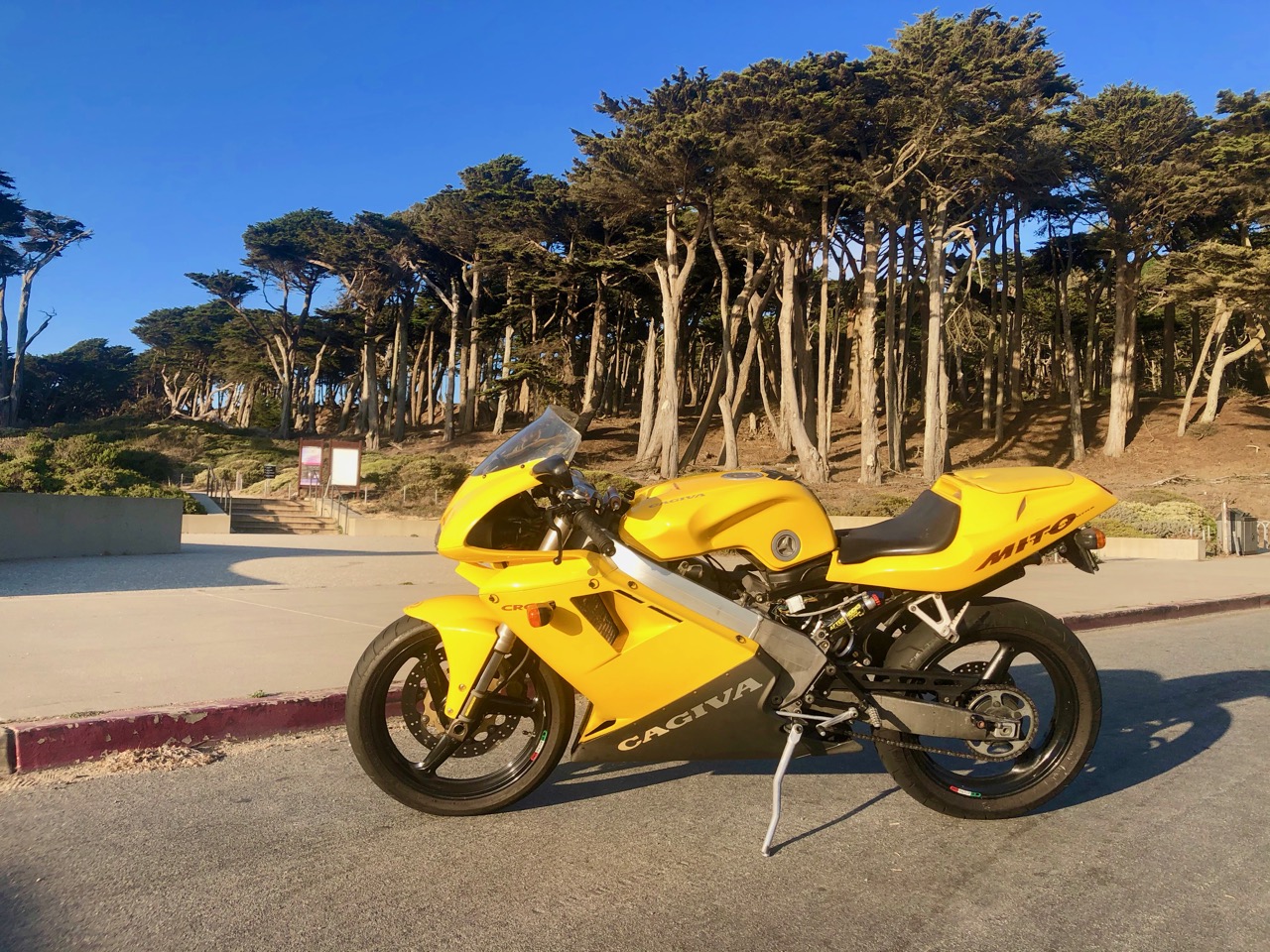 The sun was in the wrong position to get a photo of the Ocean at Lands End, so I grabbed one of the trees. 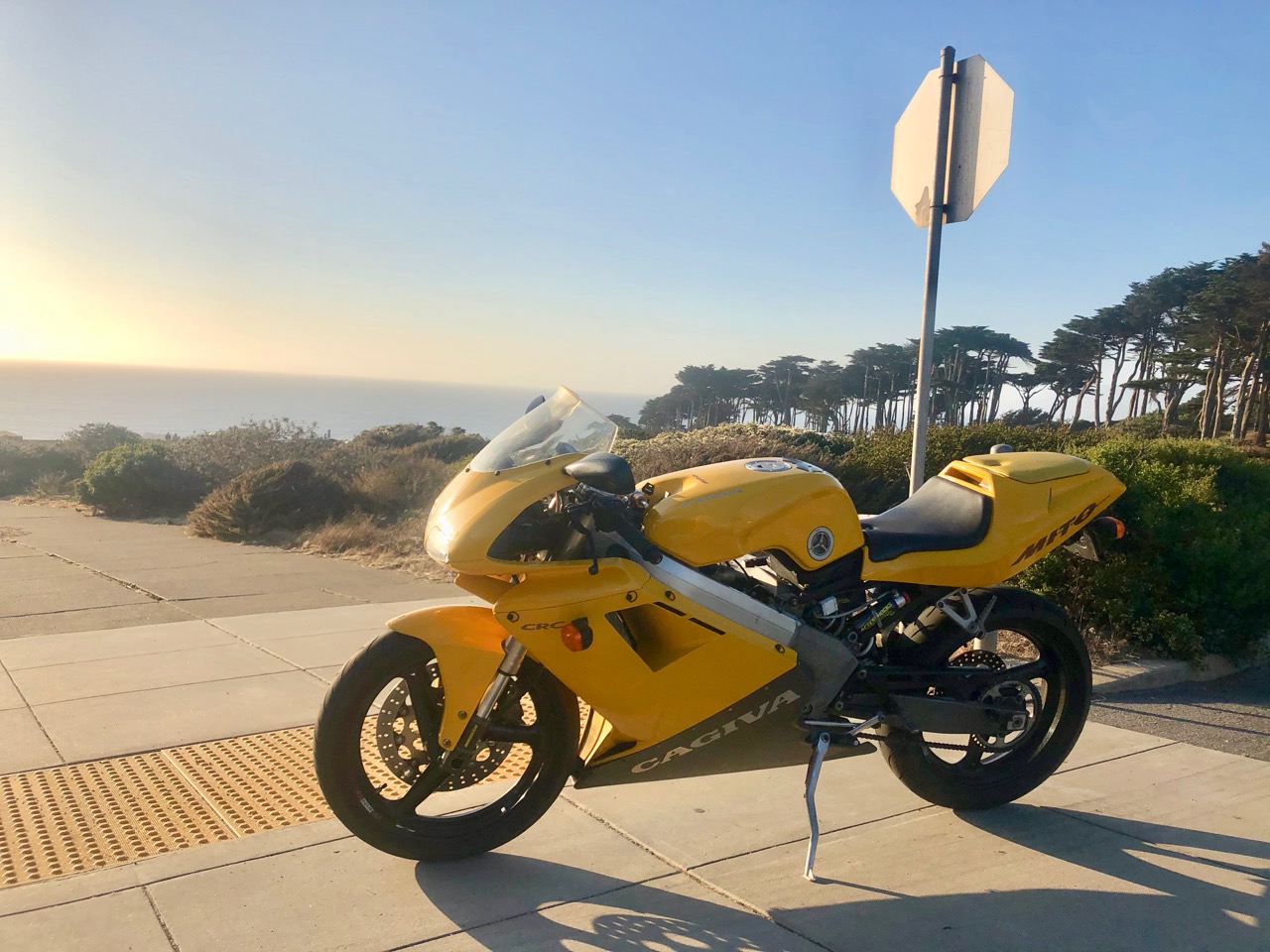 At the parking lot entrance I went for an Ocean view shot. Sort of blown out. 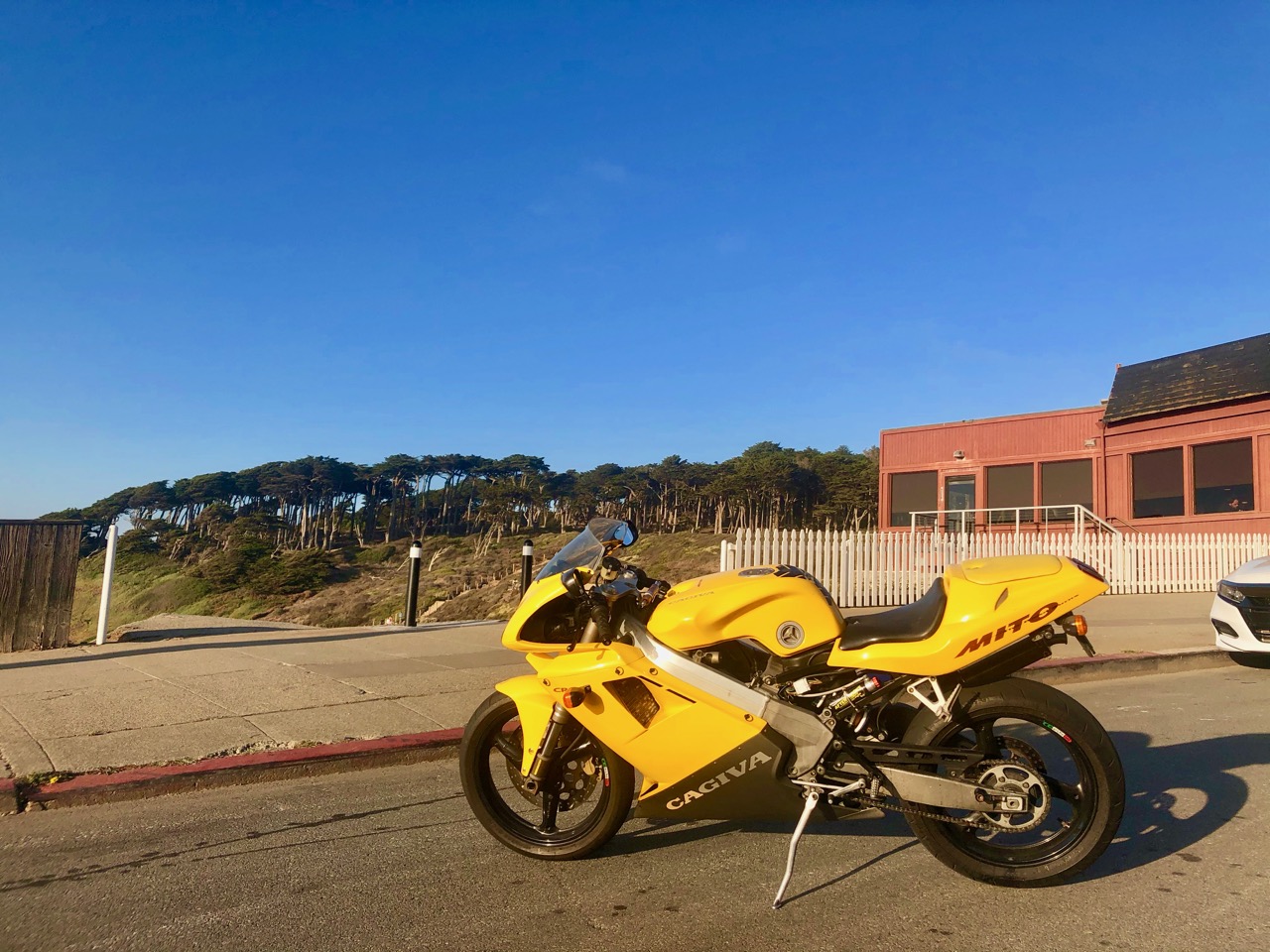 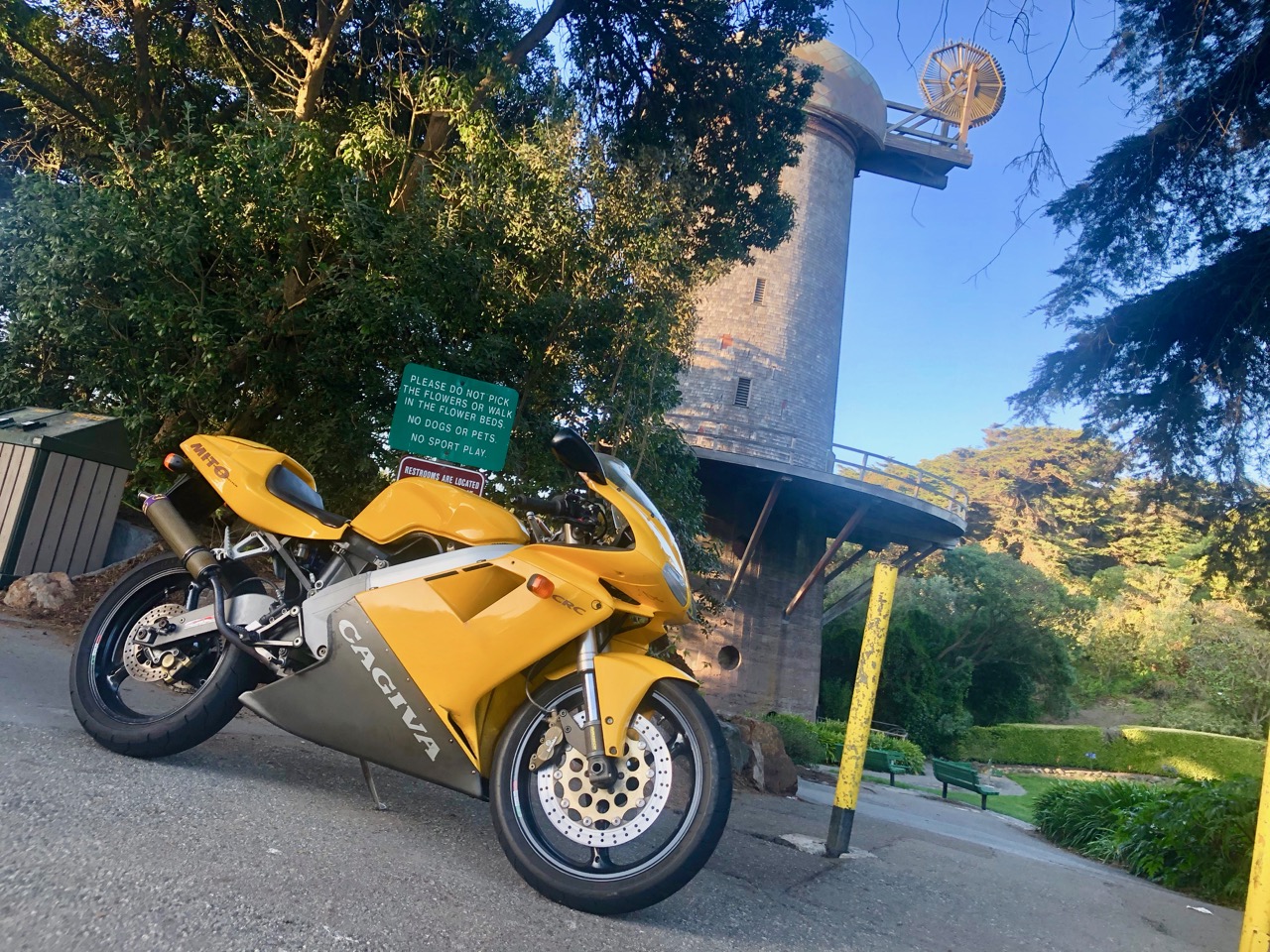 It is difficult to get a good shot of the windmill with the bike, still you’ve got to go for it. 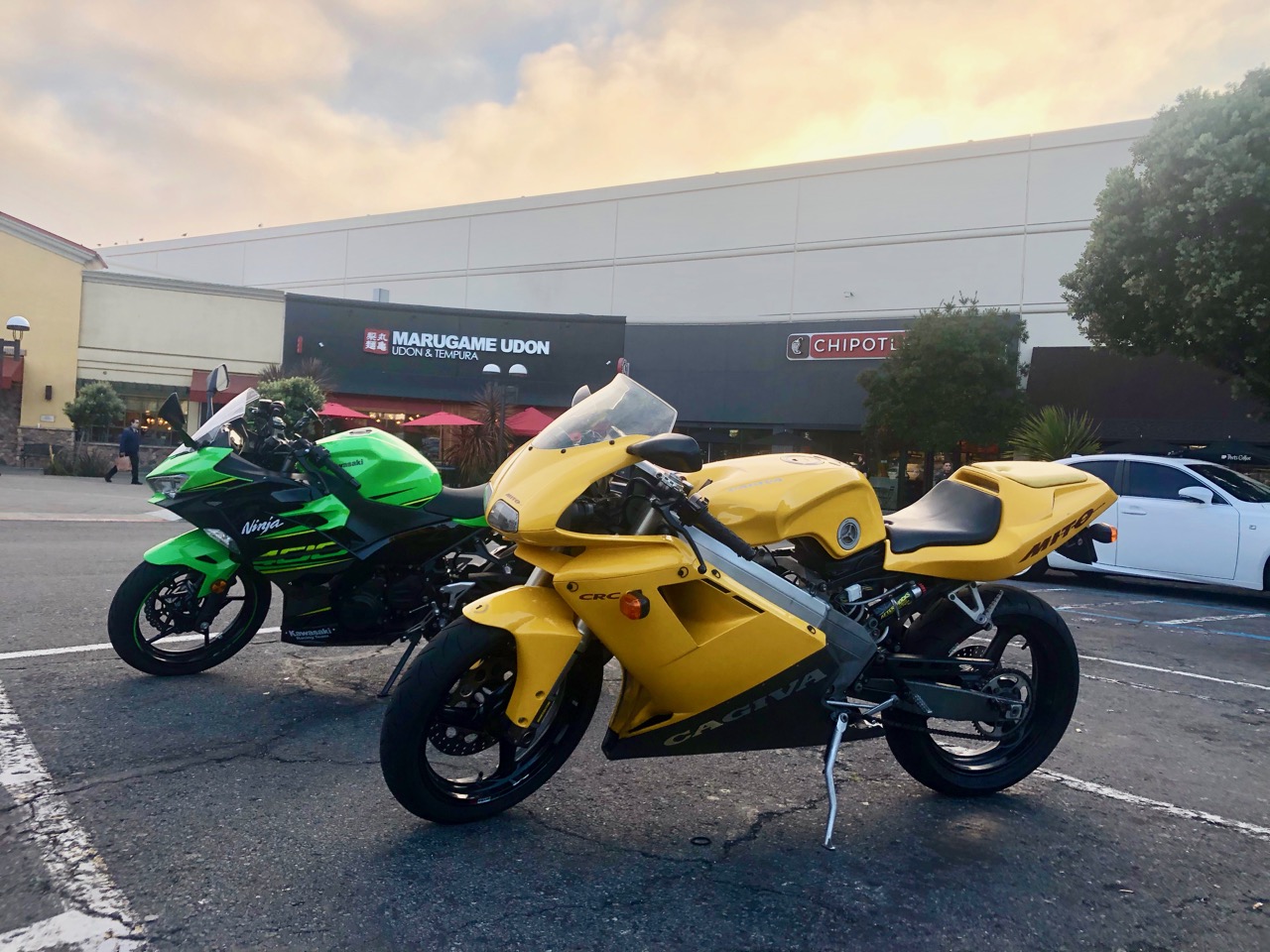 After the windmill it was some pleasant riding through the Golden Gate Park, then down Sunset, and Lake Merced again. So much fun on the Mito. It may look like I wasn’t on the bike much, but I actually logged ~65 clicks, and enjoyed a many of the fun SF roads. Sure I still missed quite a few, but that’s okay. I’ll get to pick those up on another ride. I expected that there was going to be a lot of traffic, however the Mito appears to be immune to it. This moto flows so effortlessly around everything. What a joy it is to ride San Francisco with this bike.